WASHINGTON, March 25 (Yonhap) -- U.S. Secretary of State Mike Pompeo said Wednesday that the Group of Seven major economies and other countries must continue to urge North Korea to return to denuclearization talks and pressure the regime to give up its nuclear program.

At a press briefing, Pompeo said he discussed a wide array of issues with his G7 counterparts during a virtual meeting held earlier in the day, including their response to the coronavirus pandemic and Iran's nuclear program.

"Similarly, the G7 and all nations must remain united in calling on North Korea to return to negotiations and stay committed to applying diplomatic and economic pressure over its illegal nuclear and ballistic missile programs," he said.

Denuclearization talks between the U.S. and North Korea have stalled since the February 2019 summit between U.S. President Donald Trump and North Korean leader Kim Jong-un.

The two sides last held working-level talks in Sweden in October, but failed to reach an agreement on how to match the North's denuclearization steps with U.S. concessions, including sanctions relief. 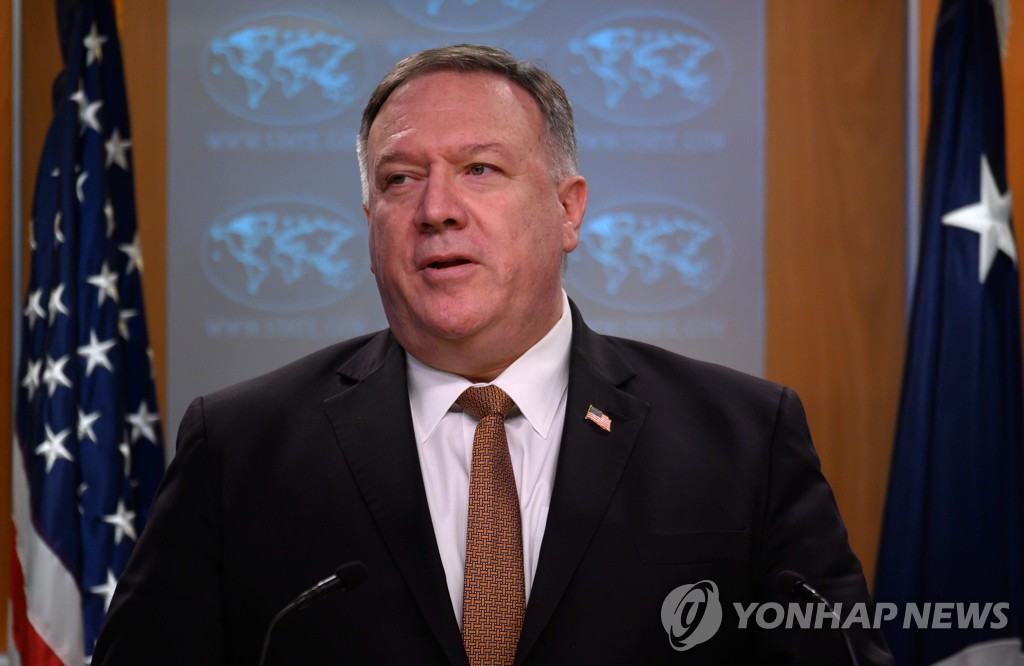