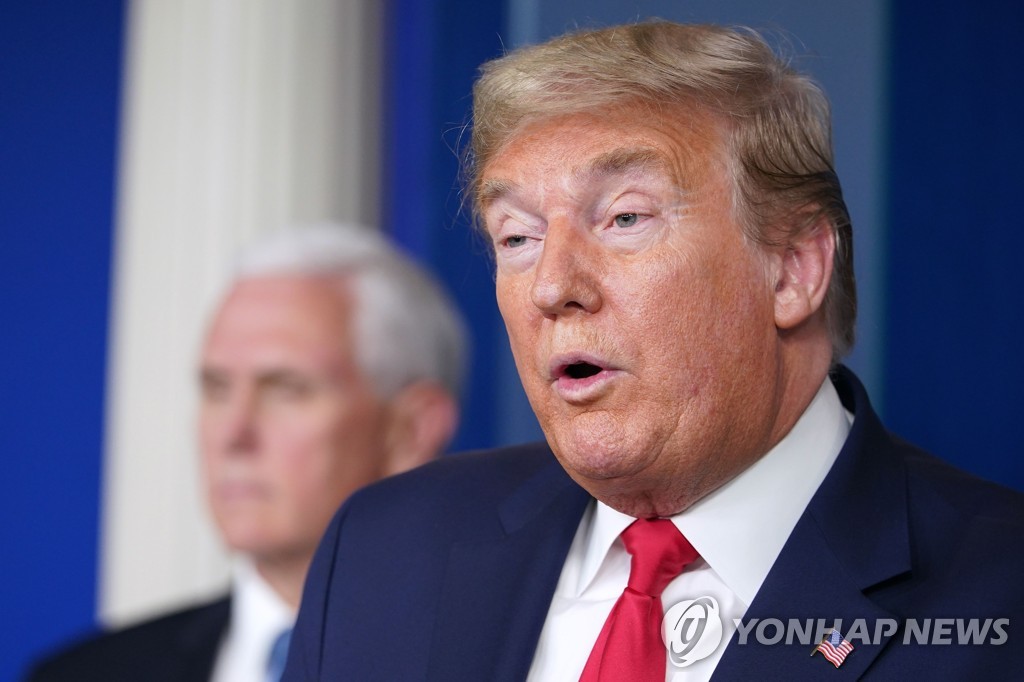 "I just spoke with President Moon," Trump said at a White House press briefing later Wednesday. "We had a very good conversation about numerous other things. But they've done a very good job of testing. But we now are doing more testing than anybody by far. We do more in eight days than they do in eight weeks. And we go up on a daily basis exponentially. So it's really good."

"They called me and they told me, 'It's amazing. Your testing procedures are amazing,'" he said.