Moon will use it to share South Korea's know-how to counter the virus and policy to limit the economic fallout of it, according to Cheong Wa Dae.

South Korea is said to have responded relatively effectively to the outbreak with thorough quarantine measures highlighted by quick and accurate medical testing.

Moon also plans to suggest a travel ban waiver for business people with an official document showing they have tested negative, a measure aimed at maintaining "essential" cross-border business-related activities.

Cheong Wa Dae said the G-20 members would adopt a joint declaration at the meeting, and it expects Moon's proposal to be included. 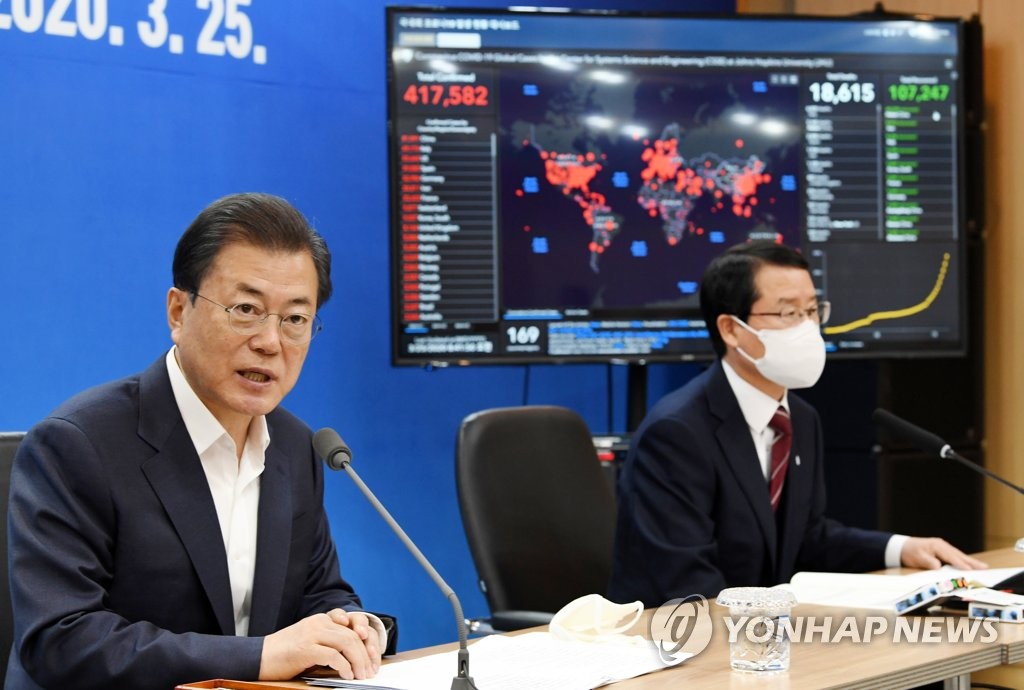 Saudi Arabia's King Salman will chair the session as the country holds this year's G-20 presidency.

Seven nations, hard hit by the coronavirus, have been invited as observers -- Spain, Singapore, Switzerland, Senegal, Vietnam, the United Arab Emirates and Jordan. The United Nations and the World Health Organization are also joining the meeting, along with some other international organizations.

The G-20 summit was launched in 2008 for a joint response to a global financial crisis at that time.