SEOUL, March 26 (Yonhap) -- President Moon Jae-in's approval rating has rose to the highest level in more than a year at 52.5 percent, driven by the view that his administration is working hard and relatively well to counter the coronavirus, a poll showed Thursday.

In the three-day phone survey of 1,518 people nationwide, age 18 or older, through Wednesday, Moon's popularity gained 3.2 percentage points compared with that of last week, while the portion of those critical of his leadership fell 3.8 percentage points to 44.1 percent, according to Realmeter. The margin of error is plus or minus 2.5 percentage points.

The approval rating represents the highest in 14 months after recording 53.7 percent in the pollster's second-week survey of November in 2018. It's also the first time in about seven months that the rating has exceeded 50 percent.

Realmeter said the rise in the rating seems to have been affected by a positive assessment of the government's handling of the coronavirus. 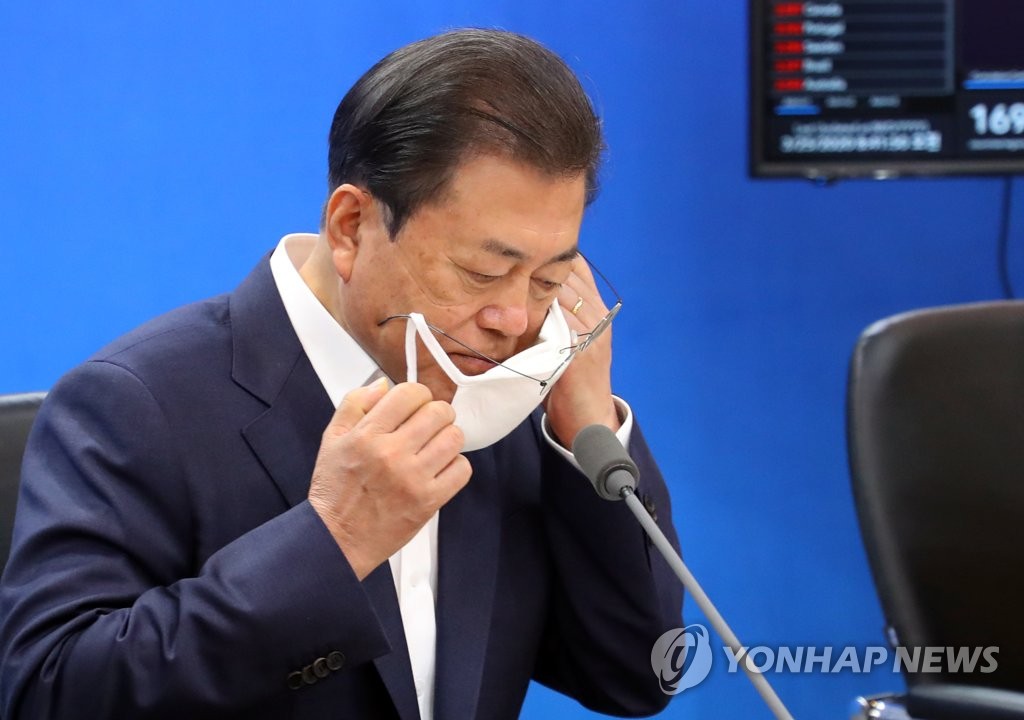 In a recent survey of 1,000 South Koreans conducted by the Korea Press Foundation, 74.4 percent of respondents gave a positive review of the government's response to the local outbreak of the pandemic.