SEOUL, March 26 (Yonhap) -- CGV, South Korea's largest multiplex chain, said Thursday that it will shut down about 30 percent of its theaters starting this weekend due to the prolonged fallout from the coronavirus pandemic.

The company, an affiliate of Korean entertainment giant CJ Group, said 35 out of 116 cinemas under its direct control nationwide will be closed from Saturday, including those in Myeongdong and Daehangno, central Seoul.

It will show movies just three times a day on the remaining screens. In addition, company executives will forgo part of their wages by the end of this year. 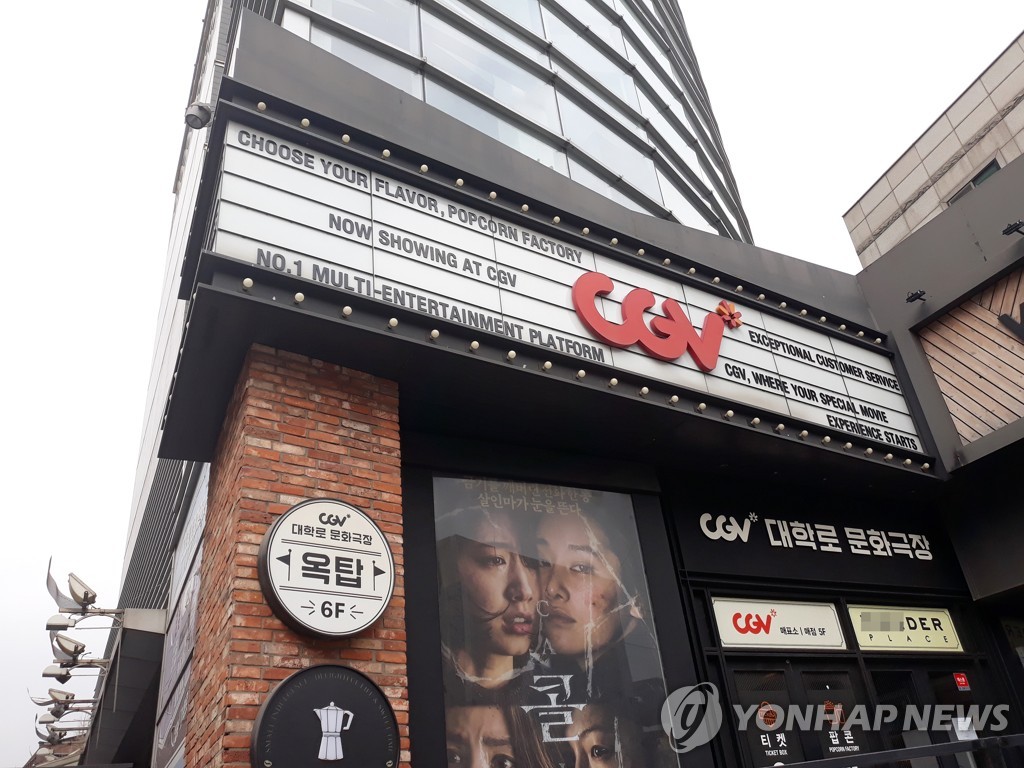 "It might be effective to close all of our theaters as there are no new releases until May, but we decided to close just 35 locations for the sake of the film industry," CGV said.

The closure came as the South Korean movie industry has been hit hard by the rapid spread of COVID-19. As the government has asked the public to refrain from outdoor activities and public gatherings, the number of moviegoers fell to a 15-year low in February.

On Monday, the daily number of ticket sales reached an all-time low of 25,000.

About 50 homegrown and foreign movies have already moved their release dates due to concerns about moviegoers being affected by the coronavirus.

"We are considering shutting down all of our theaters if the situation continues further," a CGV official said.

Another multiplex operator, Megabox, which has 44 theaters across South Korea, also decided to suspend operation of 10 theaters under its direct control for one month from April.

Megabox cinemas in Goyang, north of Seoul; Ulsan on the southeastern coast; and eight other regions are subject to the one-month closure, it added.

"The number of shutdown sites could increase depending on the situation," an official from the company said.

Meanwhile, Lotte Cinema, a multiplex chain run by retail giant Lotte Group, said its executives have returned 20 percent of their wages as part of efforts to tackle sluggish business.

But it remained cautious about closing its theaters.

"We will stay in business for a while, but depending on the circumstances, we are carefully considering shutdowns," an official from Lotte Cinema said.