SEOUL, March 26 (Yonhap) -- K-pop boy band BTS will join a star-studded lineup for a "special self-quarantine edition" of popular American TV show "The Late Late Show with James Corden," set for next week, according to its broadcaster.

BTS will be one of the high-profile acts performing from home for the "Homefest: James Corden's Late Late Show Special," to be aired Monday (U.S. time), according to CBS.

Corden will host the special show from his garage, "bringing people together to keep them apart," according to the show's Twitter account.

The special edition has been designed in light of the American federal government's recommendation that public gatherings of more than 50 people be delayed or canceled amid the spread of COVID-19 in the U.S.

"Shooting from James' garage may be far from perfect, but under the circumstances we hope it can help someone, somewhere, who needs some cheer right now," the show's executive producers Ben Winston and Rob Crabbe said in a statement

It will be BTS' fifth appearance on the popular late night show. 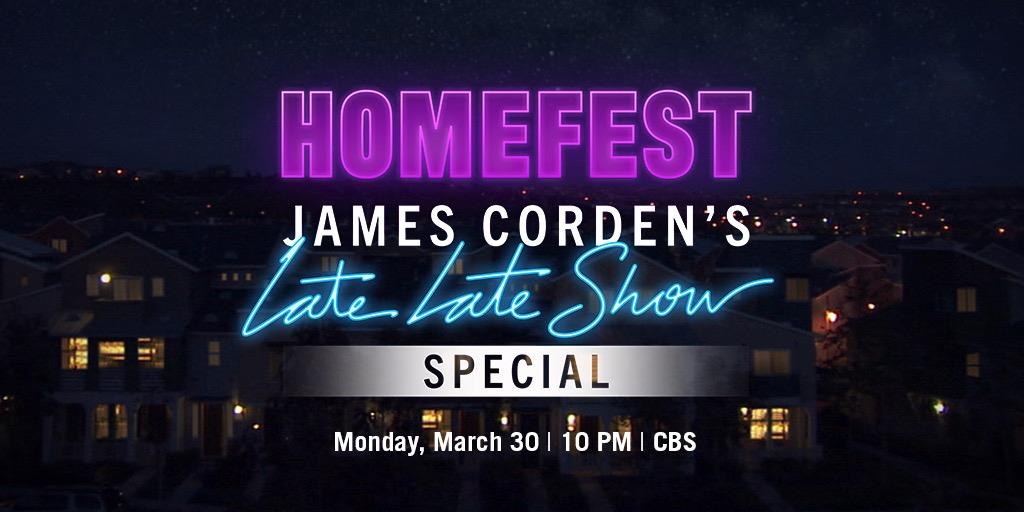