It came hours ahead of the G-20 emergency video summit on a coordinated global response to the issue.

Both Moon and Trudeau are scheduled to join the G-20 session that begins at 9 p.m. (Seoul time).

It was the latest call in Moon's summit diplomacy conducted via phone as part of the response to the virus.

Earlier this month, he talked with U.S. President Donald Trump and the leaders of France, Sweden, Spain and Saudi Arabia. 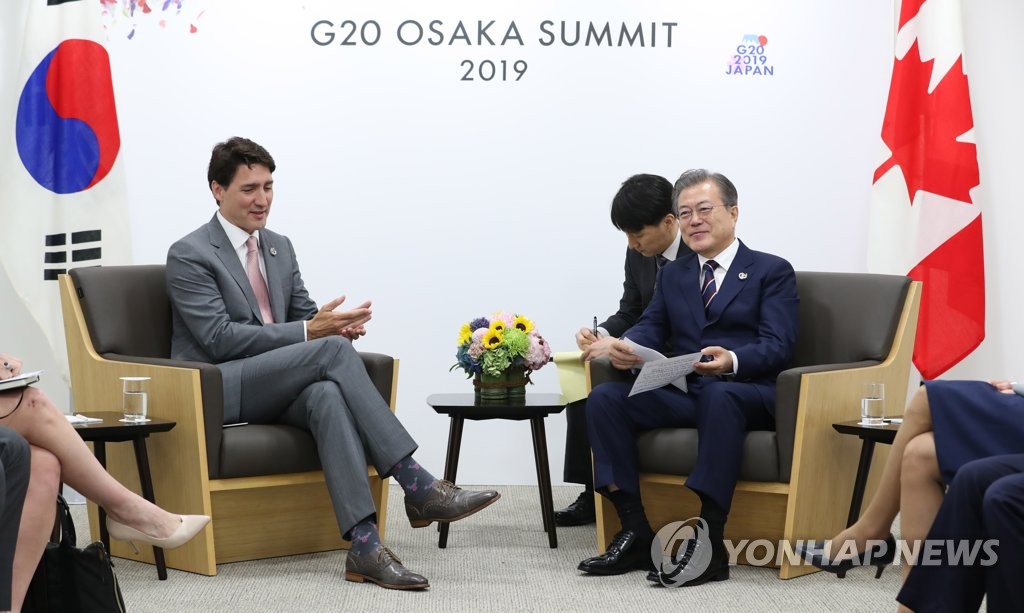