SEOUL, March 26 (Yonhap) -- Hyundai Motor Group's heir apparent has bought over 80 billion won (US$65 million) worth of stocks in two key affiliates to boost their share prices amid the spread of COVID-19, the company said Thursday.

"The executive vice chairman used his own capital to buy the stocks," he said.

Hyundai Motor has temporarily suspended operations of its plants in the United States, India and Brazil due to supply disruptions and lower demand caused by the virus outbreak.

Hyundai Motor and Mobis plunged 40 percent and 36 percent, respectively, this month through Monday, before rebounding Tuesday. 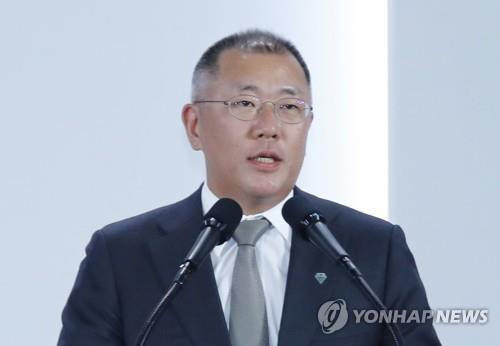