According to Seoul's foreign ministry, 47 countries have so far asked about importing South Korean-made coronavirus test kits, while an additional 39 countries have requested them as humanitarian aid.

The number of such requests from foreign countries is likely to further increase down the road, as South Korea has been recognized globally for its diagnostic capabilities that led to a slowdown in new COVID-19 cases, industry insiders said.

All of them are based on the real-time polymerase chain reaction (RT-PCR) testing method, in which results can come out in six hours. 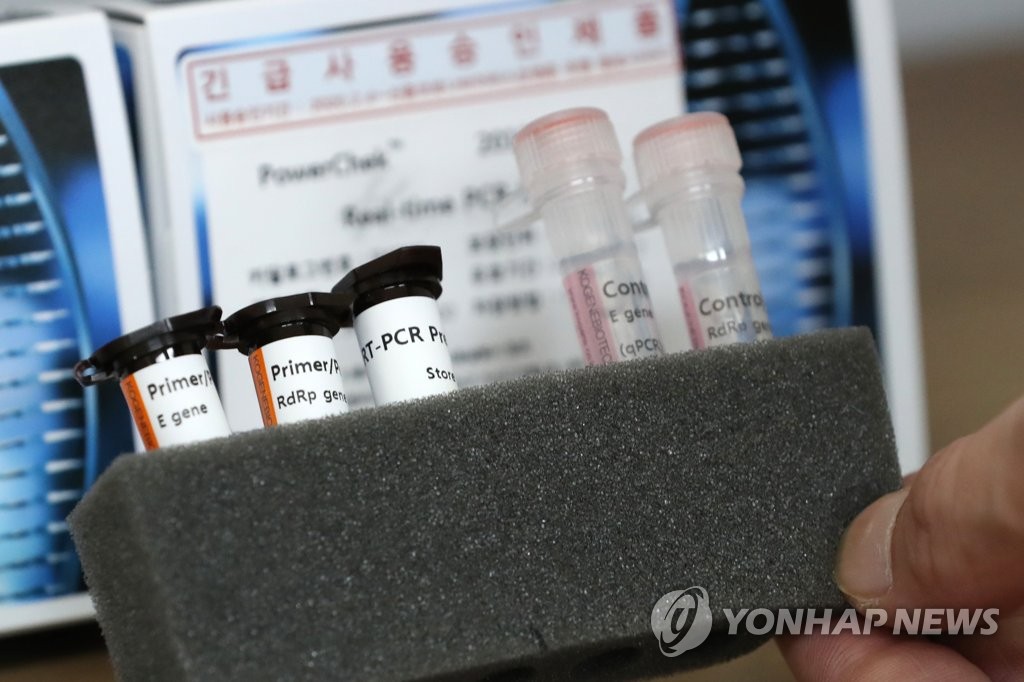 Seegene said 95 percent of its COVID-19 test reagents produced are already being exported to foreign countries.

"We have been in emergency mode after the novel coronavirus outbreak," an official at Seegene said on condition of anonymity. "We currently export our COVID-19 assay kits to some 40 countries, but order requests from overseas are increasing fast."

South Korean President Moon Jae-in on Wednesday revealed that one country that asked for Korean-made diagnostic materials was the United States, saying that U.S. President Donald Trump had requested the supply of testing reagents and other quarantine-related goods during their latest phone conversation.

With the U.S. showing interest in Korean-made diagnostic reagents, local producers hope they can expand their exports with the U.S. Food and Drug Administration (FDA) approval.

Some of them have already inked supply deals with U.S. municipal governments.

U.S. media earlier reported that Los Angeles city and others purchased 20,000 COVID-19 diagnostic kits from Seegene for US$1.25 million, adding they plan to expand the deal to get 100,000 tests per week from the South Korean firm.

"We only have to sign the contract," said EDGC CEO Shin Shang-cheol. "Our products have been already shipped to the U.S for quick supply." 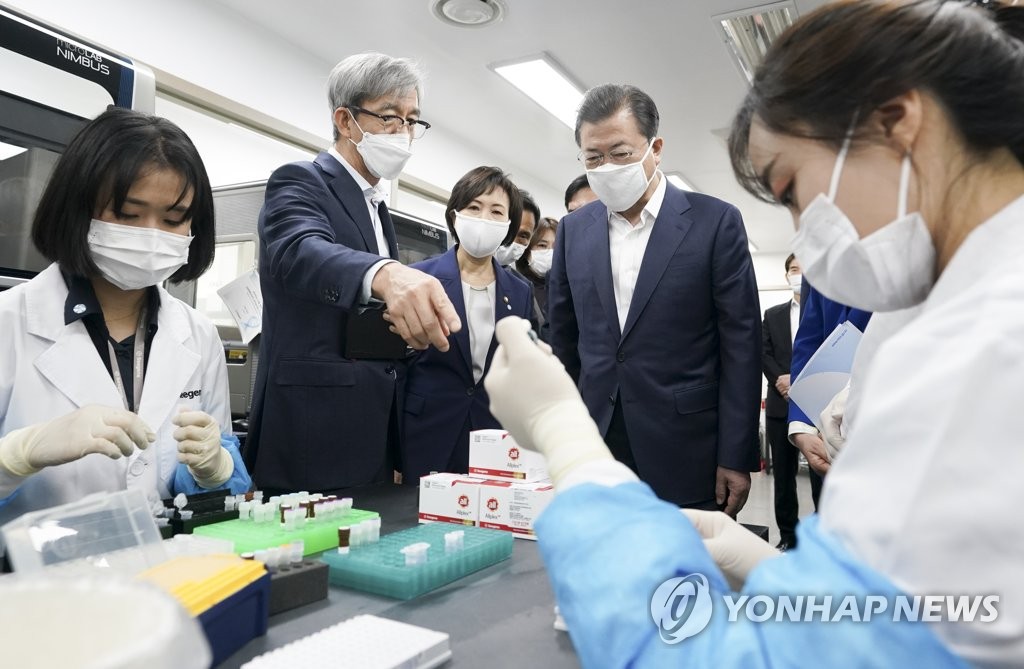 Solgent's testing reagents earlier this month earned the CE certification for the European market, and they have been sent to more than 30 countries, according to the company.

Kogene Biotech, whose COVID-19 test kit received emergency-use approval on Feb. 4, the first among local companies, said it has been receiving orders from more than 30 countries.

Even if they didn't get emergency-use approval from local health authorities, other test kit makers are also seeing shipments increase for their products following approval from foreign regulators for sales.

GeneMatrix said it signed a $460,000 deal to supply its test kits to the United Arab Emirates. The company said it will also supply products to Lithuania, Italy and Chile.

To help facilitate exports of locally made COVID-19 diagnostic tools, the government said it will establish a special task force involving trade and health authorities this week.

"Local test kit makers reacted fast, and they have the ability to make quality products after going through the MERS crisis in 2015," said Kwon Gye-cheol, chairman of the Korean Society for Laboratory Medicine (KSLM). "Our test kits have shown about 98 percent accuracy, and they are proven because authorities went through rigorous tests before approving them for use." Following the rising popularity of their products, shares in reagent makers and test kit-related firms have been soaring on local bourse.

Both Seegene and EDGC saw their shares on the KOSDAQ market leaping the daily permissible limit of 30 percent for two consecutive sessions on Thursday.

Seegene is now the third-largest market cap on South Korea's secondary bourse, with a market value over 3 trillion won, behind only Celltrion Healthcare and HLB.