SEOUL, March 26 (Yonhap) -- The coronavirus outbreak and the repeated postponement of the new school year have made it difficult for 18-year-old voters to receive election education at schools, spawning concerns about their apathy toward the April 15 polls.

In South Korea, 18-year-old voters, or those born before April 16, 2002, will be able to cast their ballots in the upcoming parliamentary elections for the first time.

In December 2019, the National Assembly passed an electoral reform bill that calls for lowering the voting age to 18 from 19 and adopting a new proportional representation system.

Of 36 member countries of the Organization for Economic Cooperation and Development (OECD), South Korea was the only country that did not grant the right to vote to people who are age 18. The number of 18-year-old eligible voters is some 530,000, of which the number of high school students in their third year is estimated at around 140,000, according to government data.

Liberals hailed the law passage, anticipating that the government's policies will better reflect the demands of a new breed of young voters. But conservative groups of teachers voiced concerns that the move could politicize classrooms.

With less than 30 days before the elections, the COVID-19 pandemic has emerged as a key factor that could lower the voting turnout for 18-year-old voters as they face difficulties in receiving proper related education.

"It is regrettable that the coronavirus outbreak affects school environments so that voters who are age 18 may not be fully motivated to cast ballots," Yu Yong-wha, a visiting professor at Hankuk University of Foreign Studies in Seoul, said.

Last week, South Korea pushed back the new school year at kindergartens and elementary, middle and high schools for another two weeks until April 6, five weeks later than in normal years.

The National Election Commission (NEC), the election watchdog, was scheduled to conduct on-site election education at schools for 18-year-old students when the spring semester opened in March.

If schools apply for the education, the election education institute under the NEC planned to send professionals to schools for the program.

"There are few schools that have applied for it as the COVID-19 outbreak has pushed back the new school year," an NEC official said.

The NEC said it is still possible to offer on-site voter education between April 6 and 14 only if schools apply for the program.

But the watchdog's hope appears elusive as many schools are likely to continue restricting access by outside people after the semester opening amid concerns about small-scale cluster infections.

The NEC currently provides online content on election education for voters who are age 18. On the YouTube channel, it uploaded web-based dramas featuring K-pop idols to stress the importance of exercising the voting right.

The education ministry has distributed voter education-related booklets and leaflets to high schools across the nation. High schools are advised to conduct the education in the first week of the spring semester. 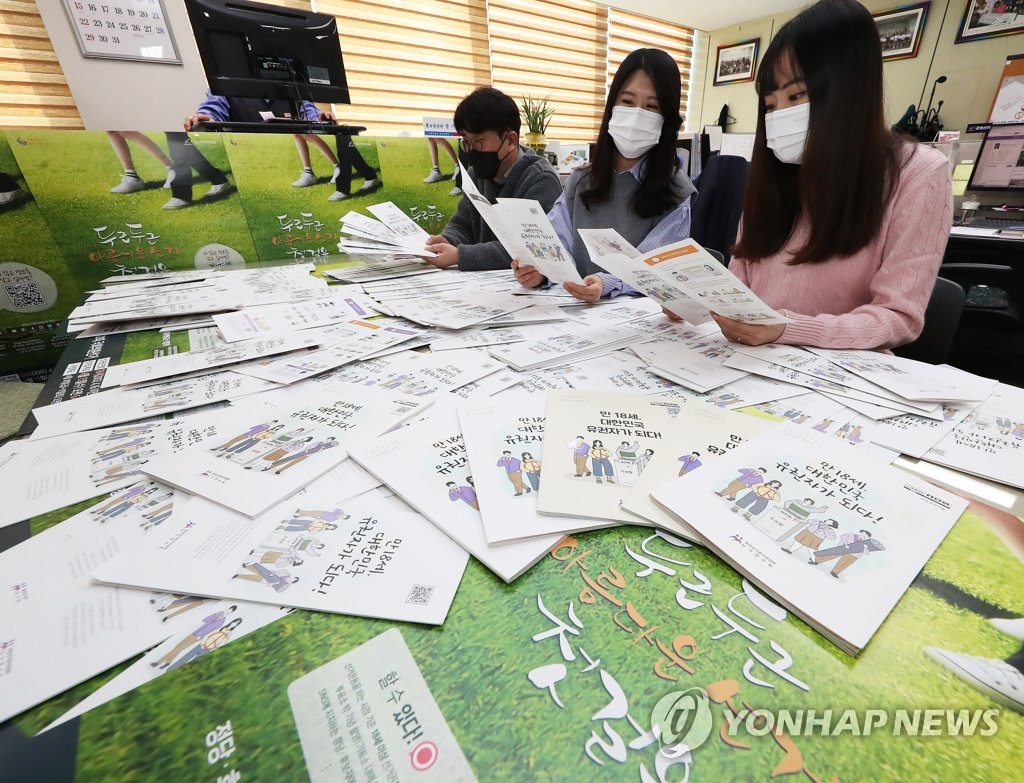 But high school voters do not appear to be enthusiastic about the parliamentary elections.

"As my birthday falls in March, I have the right to vote. But I have no time to pay attention to the elections as I will be busy catching up with my studies due to the delayed school year," student Park Joon-hyung said. "I am not sure whether I will go to the polls on election day."

A nationwide scholastic aptitude mock test, set for April 17, may divert students' attention from the polls.

The test, administered by the Seoul Metropolitan Office of Education, was supposed to be held on March 12. It is viewed as a major gauge in checking scholastic standings by high school seniors as they prepare for the state college entrance exam in the fall.

But it was pushed back until next month in line with the postponement of the new school year.

"There are concerns that most students will have little interest in (the elections) due to their studies," said a high school teacher in Seoul, surnamed Kim.

The education ministry plans to focus on online voter education and encourage student voters to go to polls during early voting set for April 10-11.

"If the government promotes online election education effectively, voters who are age 18 could be encouraged to go to the polls as they are accustomed to watching online content," professor Yu said. 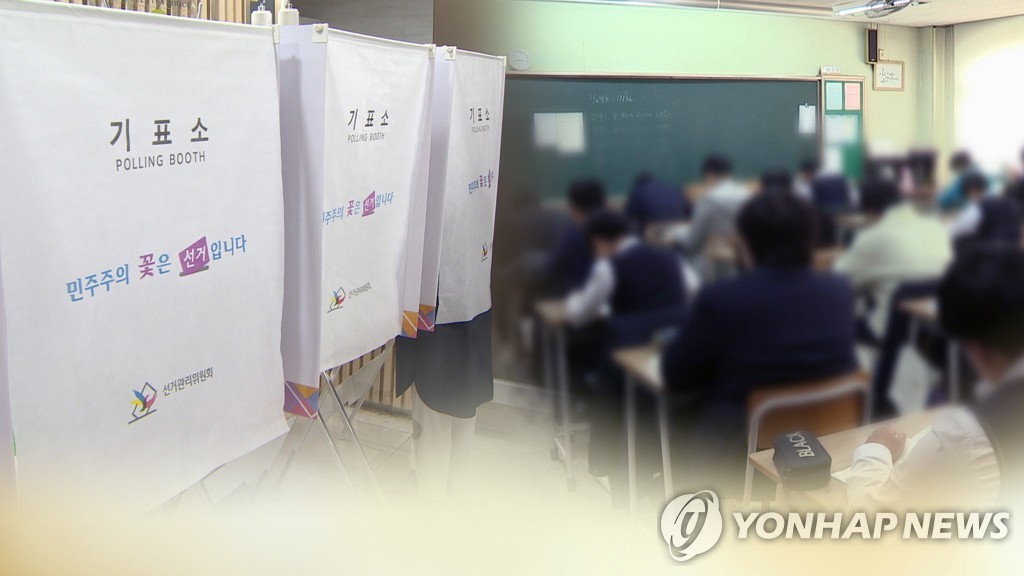