SEOUL, March 26 (Yonhap) -- Moody's Investors Service trimmed its 2020 growth outlook for South Korea on Thursday to 0.1 percent from the previous 1.4 percent, citing the fallout of the coronavirus pandemic.

It is the global credit rater's second growth downgrade for Asia's fourth-largest economy in less than three weeks. On March 9, Moody's lowered its outlook to 1.4 percent from 1.9 percent.

In its latest outlook on the global economy, Moody's said Group of 20 (G-20) economies will undergo an unprecedented shock in the first half of this year due to the coronavirus outbreak. 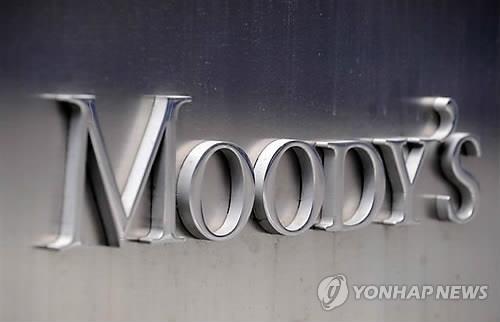 Moody's joins other rating agencies revising down South Korea's economic growth outlook for this year. S&P Global Ratings Services has cut its growth forecast to minus 0.6 percent from 1.1 percent, with Fitch Ratings Inc. lowering its forecast to 0.8 percent from 2.2 percent.

Late last month, the Bank of Korea slashed its growth outlook to 2.1 percent from an earlier 2.3 percent.

Moody's also revised down its 2021 growth forecast for South Korea to 2.5 percent from an earlier 2.6 percent.

Moody's, meanwhile, cut its 2020 growth outlook for the G-20 economies to minus 0.5 percent from a 2.6 percent estimate made in November last year. Its growth forecasts stand at 3.3 percent for China, minus 2 percent for the United States and minus 2.4 percent for Japan.
(END)