SEOUL, March 26 (Yonhap) -- The leaders of South Korea and Mongolia exchanged letters Thursday to commemorate the 30th anniversary of the establishment of diplomatic relations this year, the foreign ministry in Seoul said.

In the letter to Mongolian President Khaltmaa Battulga, President Moon Jae-in noted that the bilateral relationship has developed in areas such as the economic, social and cultural fields in the past decades based on solid trust and friendship, the ministry said in a release.

Moon also expressed hope for further improvement in their ties, calling the country a key partner in "New Northern Policy" -- a major foreign policy initiative aimed at deepening ties with Russia and other countries on the northern part of the continent.

In response, Battulga expressed gratitude for Korea's continued efforts to help Mongolia with social and economic growth and vowed to take part in the New Northern Policy and work with Seoul to enhance their "mutually beneficial" relationship.

The two leaders also reaffirmed that they were on the same page about cooperating to cope with the new coronavirus outbreak, the ministry added.

The two countries unveiled an emblem created to mark the anniversary of the establishment of diplomatic relations. The logo combines traditional symbols -- Korea's Taegeuk and Mongolia's Soyombo -- representing friendship, trust and cooperation between the two nations, the ministry said. 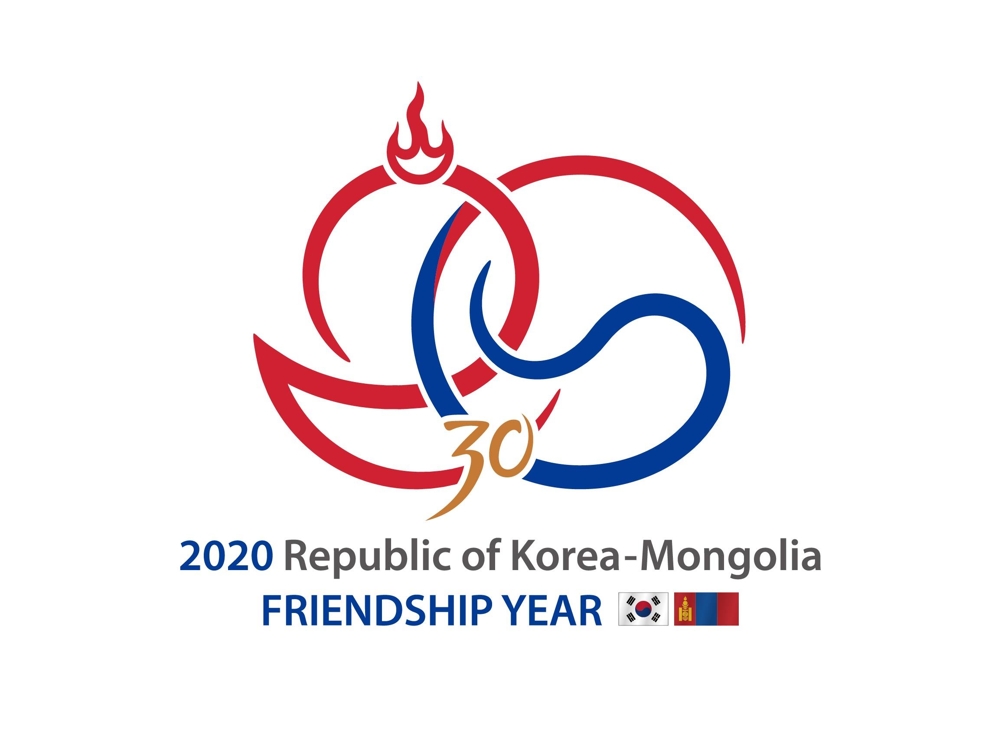