Asked about the looming furloughs, an official at the foreign ministry said that Seoul would continue to do its utmost to hammer out a "satisfactory" solution.

"We are doing our best and continuing our efforts for progress toward a meaningful outcome before April 1," the official told reporters.

The furlough notices have demoralized Korean workers in the USFK.

"We cannot even look at each other's eyes, as those notified of furlough plans feel deeply dismayed while those spared the furloughs feel saddened by their fellows' frustration," a USFK employee told Yonhap. 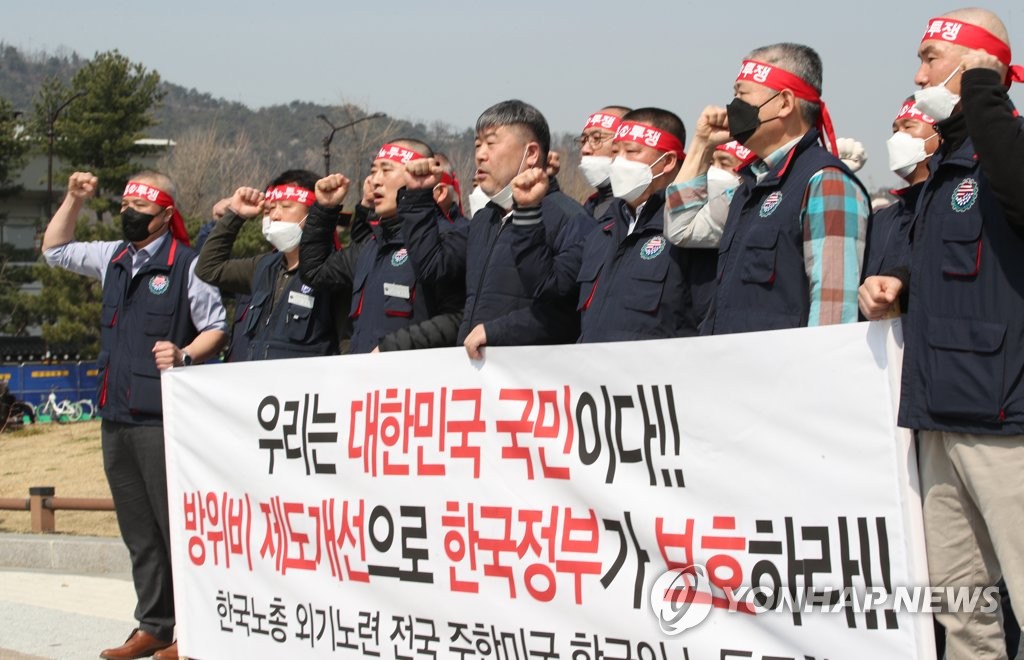