SEOUL, March 26 (Yonhap) -- The South Korean national football federation on Thursday asked the International Olympic Committee (IOC) to adjust the age restriction on male players at next year's Summer Games in Tokyo so that those who helped the country qualify will still be eligible to play in the rescheduled competition.

The Olympic men's football tournament is only open to players who are 23 or younger, except for a maximum three overage players permitted for each nation. For the 2020 Tokyo Olympics, those born on or after Jan. 1, 1997, would have been eligible. 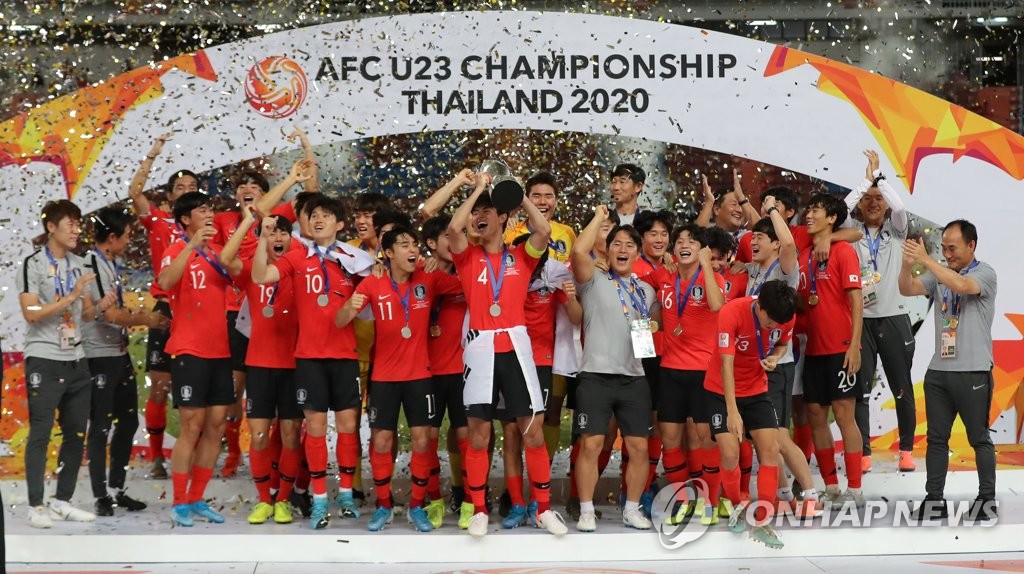 But on Tuesday, the IOC and Tokyo agreed to reschedule the Olympics to sometime in 2021 in light of the global coronavirus outbreak.

If the IOC keeps the under-23 age limit for 2021, then those born in 1997 will not be allowed to play, unless they are chosen as overage members.

In a letter sent to the Asian Football Confederation (AFC), and also forwarded to the IOC and FIFA, the Korea Football Association (KFA) said it would be "unfair" for 1997-born players not to be able to compete at the Olympics after the event was postponed for reasons outside their control.

"We'd like to ask you to take steps to ensure that players who secured the Olympic berth for their country will not be put at a disadvantage," the KFA pleaded in its letter.

Coach Kim has told the KFA that he feels the players born in 1997 should be allowed to play at next year's Olympics. And KFA executive director Hong Myung-bo said giving those players a chance "will correspond with the ideals of fair play that the Olympic Games pursue." 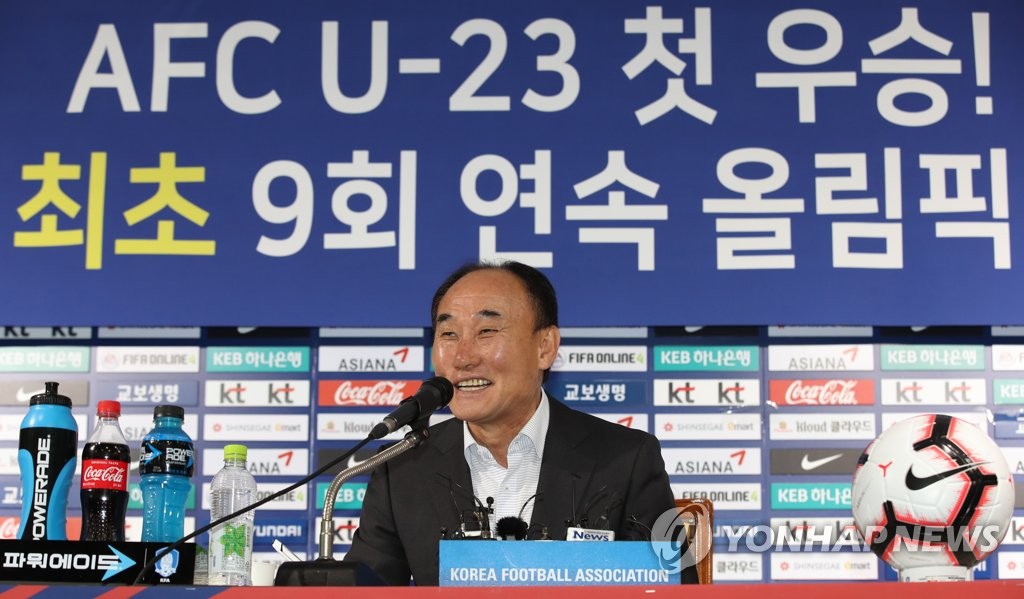 The KFA also asked for a larger roster for the Olympic Games. Currently, teams can only carry 18 players, whereas international tournaments typically allow 23-man squads. South Korea had a 23-man roster at the AFC U-23 Championship, and 21 of them, except for two backup goalkeepers, saw action.

"Including Olympic qualifying matches, all FIFA and continental competitions are contested with 23 players per side, and only the Olympic tournament is limited to 18 players," the KFA said. "The 18-man roster is archaic. There need to be discussions on expanding the roster."