The index spiked nearly 14.5 percent over the last two days on stimulus hopes. 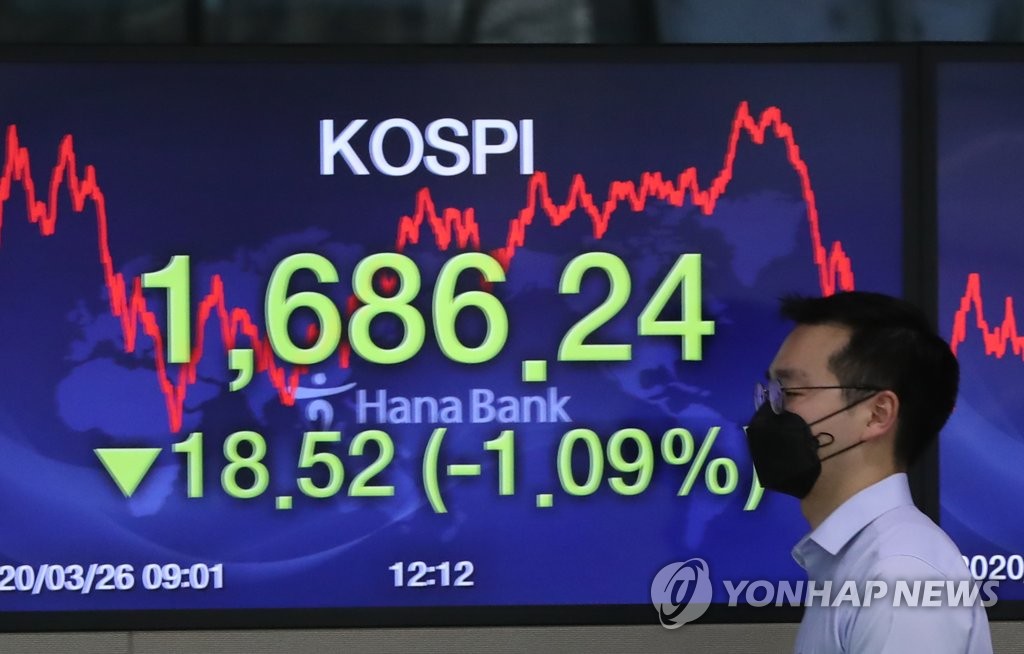 The index had a choppy session despite stimulus measures announced by major economies. It reached as high as 1,735.75 points following the news that the U.S. Senate has passed a US$2 trillion coronavirus relief package.

In Seoul, South Korea's central bank announced that it will supply an "unlimited" amount of liquidity to financial institutions over the next three months to help minimize the economic impact of the COVID-19 crisis.

But it went south as investors attempted to go profit-taking.

"The index see-sawed as stimulus measures were already reflected in the market," said Seo Sang-young, an analyst at Kiwoom Securities. "With no additional factors to lead the upward momentum, the index went down."

Foreigners extended their selling streak to a 16th consecutive session, offloading a net 531 billion won worth of stocks on the main bourse. Institutions dumped a net 214 billion won, while retail investors scooped up a net 716 billion won. 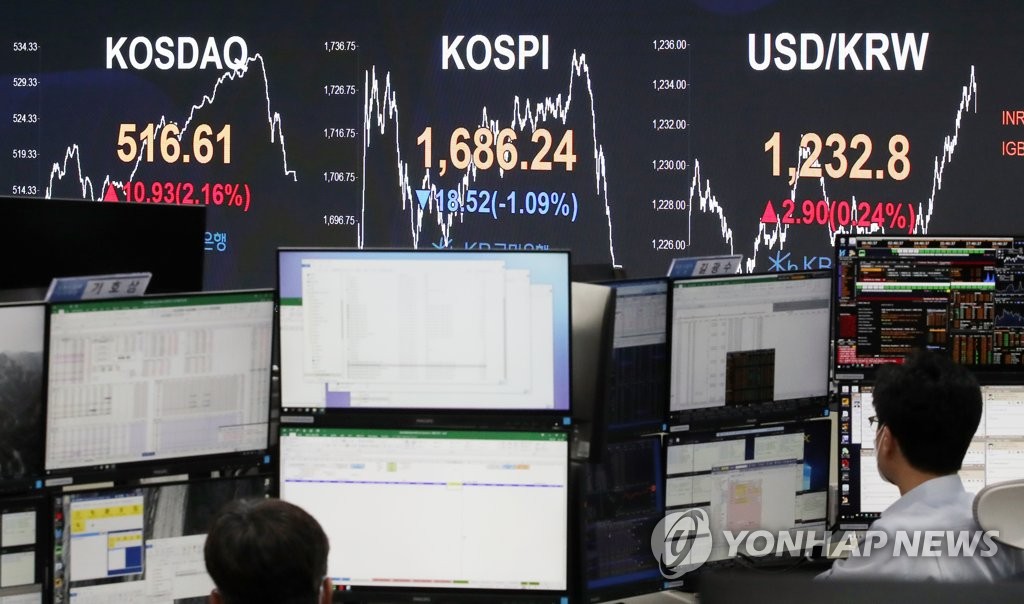 The local currency closed at 1,232.80 won against the U.S. dollar, down 2.9 won from the previous session's close.