SEOUL, March 27 (Yonhap) -- South Korea's consumer sentiment continued to worsen this month, central bank data showed Friday, hitting the lowest point in more than a decade, as the spread of the new coronavirus is hurting domestic demand amid growing concerns over its economic fallout.

The composite consumer sentiment index came to 78.4 in March, plunging a whopping 18.5 points and marking the lowest since March 2009, according to the data from the Bank of Korea (BOK).

The sharp drop came amid the spread of COVID-19 that has so far infected 9,241 people here. South Korea reported its first confirmed case on Feb. 20.

The index dropped 7.3 points from a month earlier to 96.9 in February.

A subindex measuring people's sentiment toward current economic conditions tumbled 28 points to 38, also the lowest since March 2009, when the country was still struggling with the aftermath of the global financial crisis that hit the previous year.

The monthly index is based on a survey of 2,500 households throughout the nation, conducted March 10-17. 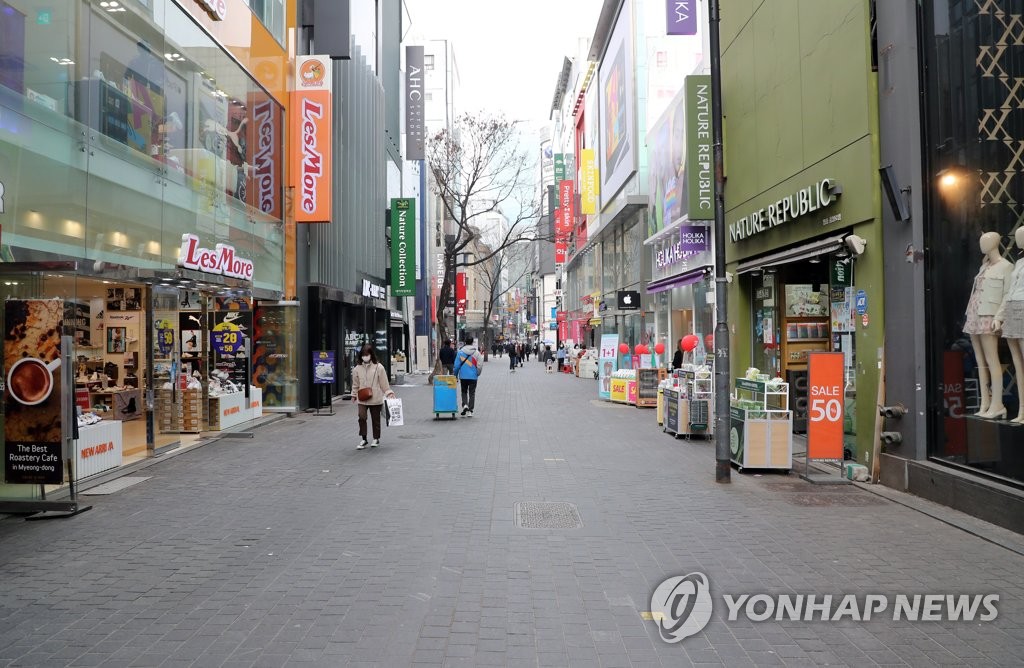 Korea's consumer sentiment dips to over 10-yr low in March

Korea's consumer sentiment dips to over 10-yr low in March