SEOUL, March 27 (Yonhap) -- About 2,280 North Koreans and two foreigners remain under coronavirus isolation in the communist nation, state media reported Friday, as the quarantine has been lifted for people with no symptoms during the isolation period.

"One additional foreigner was released from quarantine, leaving two foreigners quarantined as of now," the official Korean Central News Agency said. Earlier state media reports said that all but three foreigners were released out of the reported 380 foreigners under quarantine.

The KCNA said those subject to "medical monitoring" have been released from quarantine one after another if they have no symptoms following the isolation period, and about 2,280 people across the country remain under the monitoring quarantine.

Anti-virus measures are expected to be protracted for the "long-term," the report said, warning that the central and regional emergency epidemic prevention centers must stay alert.

"The national anti-virus emergency system in our country is being strengthened even further as the COVID-19 virus is spreading rapidly to nearly all countries and regions in the world," the KCNA said.

Concerns are lingering that North Korea could be vulnerable as it shares a long and porous border with China, and lacks key medical supplies and the infrastructure to test and treat infected patients. 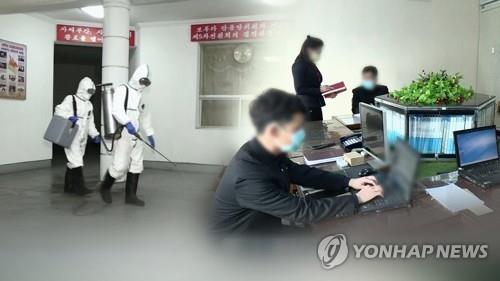