SEOUL, March 27 (Yonhap) -- President Moon Jae-in pledged his unwavering will to overcome the new coronavirus on Friday while honoring patriotic servicemen who sacrificed their lives to defend the Yellow Sea during maritime battles against North Korea.

"The sacrifice and devotion by heroes of the Yellow Sea defense is the symbol of patriotism," Moon said in a televised speech at the Daejeon National Cemetery in the central city.

"It is time that we need patriotism more than ever. In memory of indomitable heroes, I affirm the will to overcome the COVID-19 crisis," he said.

It was the first time that the president attended the ceremony to mark Yellow Sea Defense Day since he took office in May 2017.

Moon highlighted the need to muster people's patriotism to overcome the coronavirus-sparked national crisis while stressing the government's will to build peace through a strong defense posture.

"With patriotism, we will write a new history of peace and prosperity in the midst of international cooperation." 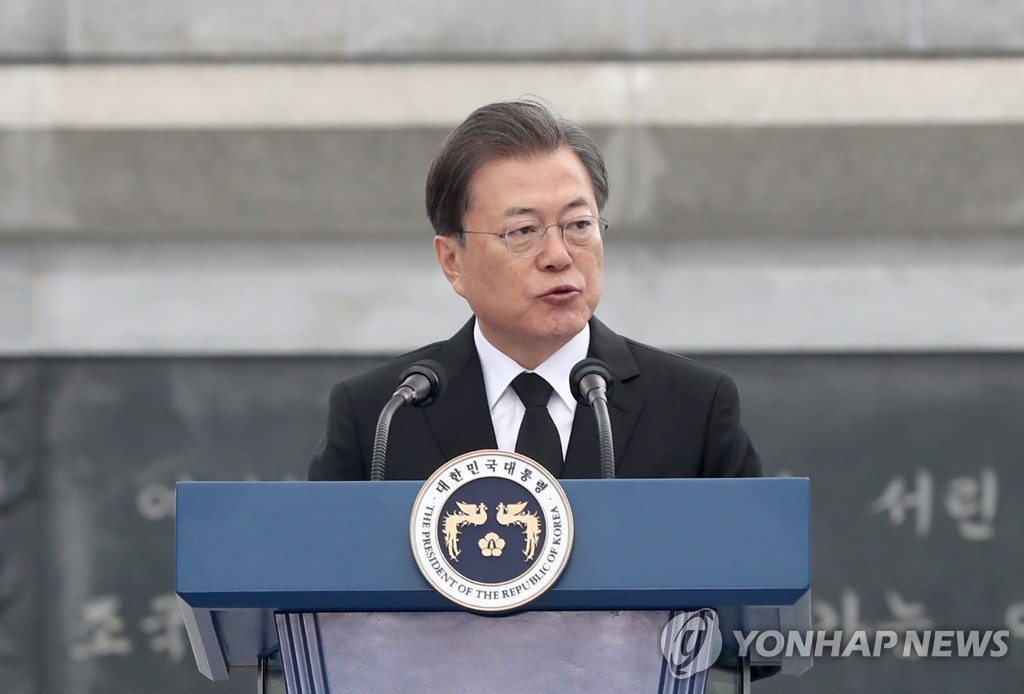 South Korea is pumping up efforts to stem the spread of COVID-19. The country has reported 9,332 confirmed coronavirus cases, including 139 deaths, as of Friday morning.

Moon attended the ceremony in consideration of the symbolic anniversary of the warship sinking, according to his office Cheong Wa Dae. The North's torpedo attack left 46 South Korean sailors dead.

The president said the government will make efforts to establish permanent peace on the Korean Peninsula with a beefed-up defense posture.

"The strongest security is to build peace. Promoting peace is the way that we could repay the sacrifice of the heroes," he said. 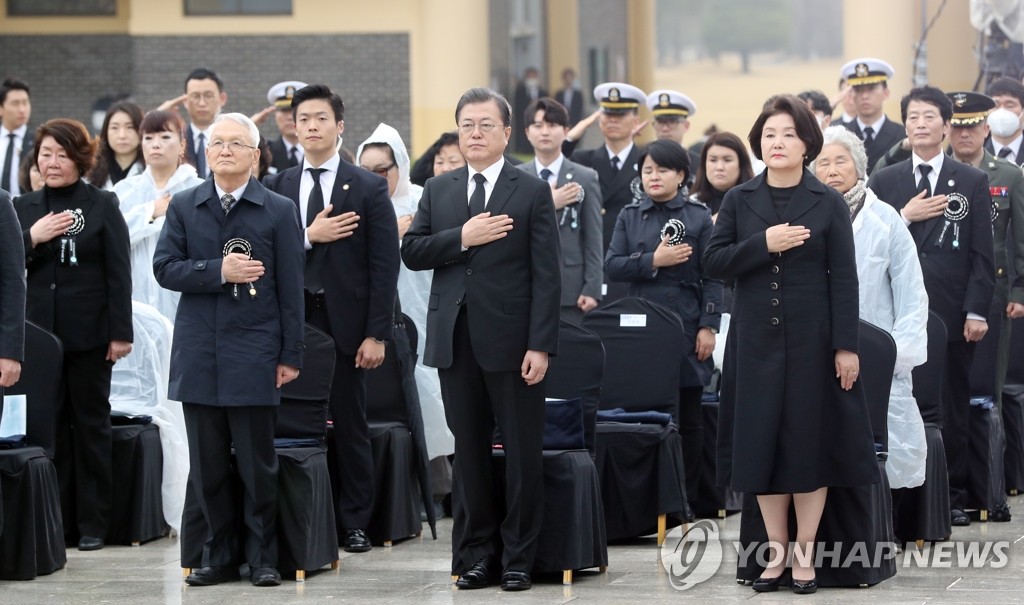