SEOUL, March 27 (Yonhap) -- Companies hit by the coronavirus look set to restructure their businesses and reduce their workforces if the outbreak of the respiratory illness extends beyond the second quarter, analysts said Friday.

The COVID-19 virus, which first emerged in China late last year and has claimed more than 24,000 lives and infected over 531,000 people around the world, has had an impact on a wide range of industries in recent months.

In particular, airlines and tourism companies have been hit hardest by the new coronavirus as an increasing number of countries have closed their borders and imposed stricter entry restrictions on inbound passengers.

South Korea's nine airlines entered an emergency management system last month and have suspended most of their flights on international routes as people opt not to travel amid growing fears over the pandemic.

Asiana Airlines Inc., the country's second-biggest airline after Korean Air Lines Co., announced this week they will have all employees take unpaid leave for two weeks in April and executives return 60 percent of their wages in its latest self-rescue measures.

Eastar Jet Co., one of the country's seven low-cost carriers, on Tuesday entered a shutdown that will last through April 25.

Travel agencies -- which handle travel packages, business trips for local firms, and cruise travel products -- are also deeply concerned about poor earnings results for the first quarter and a forced restructuring as bookings for domestic and overseas travel have dried up.

The Korea Association of Travel Agents, which represents 1,200 out of the country's 18,000 travel companies, said a lot of agencies may end up going bankrupt if the virus crisis continues for months. 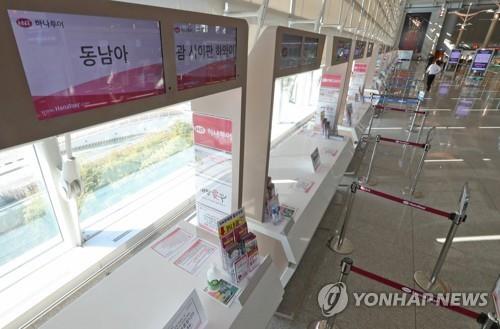 Analysts said affected companies, whether big or small, will have to cut jobs and reorganize their business portfolios to survive if the unprecedented situation goes on for more than three months.

"The government announced this week it will help virus-hit companies with financial support packages worth 100 trillion won (US$82 billion). It will help financially healthy but temporarily troubled firms weather this crisis but won't help smaller firms already suffering financial problems due to an economic slowdown," Hong Joon-pyo, an analyst at the Hyundai Research Institute, said over the phone.

He expected companies whose earnings worsen and who fail to repay debts will be forced to restructure themselves under the guidance of the financial regulator later this year as was the case with the shipping, shipbuilding and steel industries in previous years.

Airlines and tourism companies are not alone. A prolonged coronavirus outbreak would hurt first-half earnings of major manufacturing and other industries as well, analysts said.

Carmakers suffered production losses due to supply disruptions last month caused by lack of parts from China. They face further sales declines as the virus is now disrupting production in their overseas plants.

Hyundai Motor and Kia Motors Corp., the country's two biggest carmakers, suspended operations at most of their plants in the United States and Europe, with Hyundai's plant in Russia set to halt work on Sunday.

In other industries, "Shipbuilders, plant builders, steelmakers, refiners and display makers, which are struggling with lower global demand, the spread of protectionism and declining oil prices, will have to sell non-core assets or lay off workers if the virus has a bigger impact on their businesses," Hong Sung-il, a researcher at the Korea Economic Research Institute, said.

On Thursday, the board of Doosan Heavy Industries & Construction Co., a world-leading power plant builder and nuclear reactor maker, decided to take loans worth 1 trillion won from local lenders to pay back maturing debts and secure operating capital this year.

The company's net losses deepened in recent years as South Korea pushes to boost the supply of power from clean and renewable energy sources while weaning the country off nuclear and coal-fired plants.

Doosan Heavy posted accumulated net losses worth 2.68 trillion won from 2014 through 2019. Doosan Heavy said orders worth about 10 trillion won have dried up due to the cancellation of nuclear and coal-fired plant projects in South Korea. 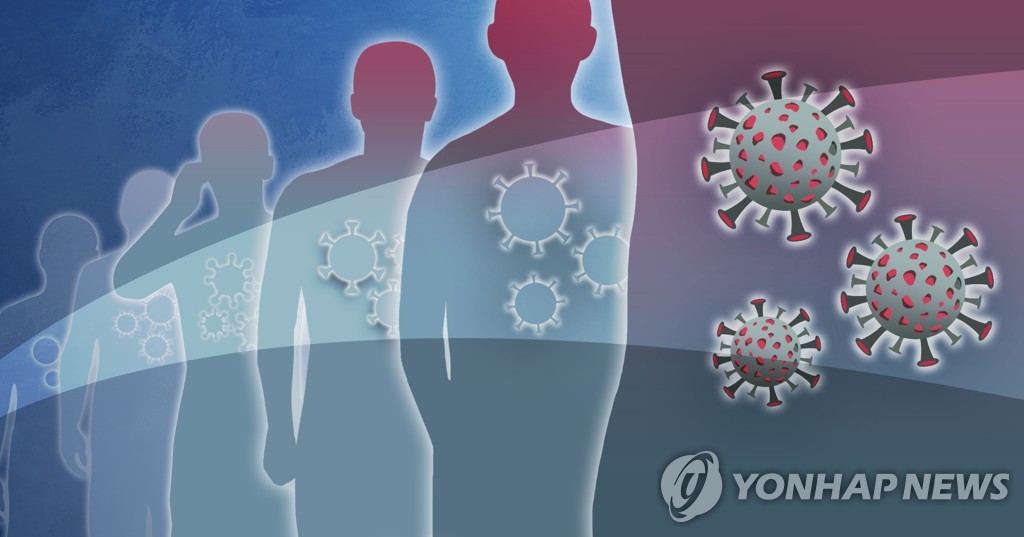 Analysts said even large conglomerates with some cash reserves may have financial difficulties if the outbreak continues to affect their exports and domestic sales throughout the year.

"After this coronavirus crisis, not a few companies are expected to overhaul their existing business models to be less reliant on a human workforce," said Jung Eun-mi, senior research fellow of the center for growth engine industries at the Korea Institute for Industrial Economics & Trade.

"The government will have to strengthen the social safety net to support dismissed workers in the overhauling process."