A total of 62 people, including 61 patients at Miju Hospital have tested positive for COVID-19, according to officials from Daegu, the epicenter of the outbreak here. The hospital houses 350 patients and staff.

The agency said the number of virus infections at the hospital may rise further down the road, adding that it is working to identify infection routes.

The new cluster of infections came after Daesil Nursing Hospital, located on different floors of the same building, reported a mass infection last week. As of Friday, there were 90 cases reported at the nursing hospital. 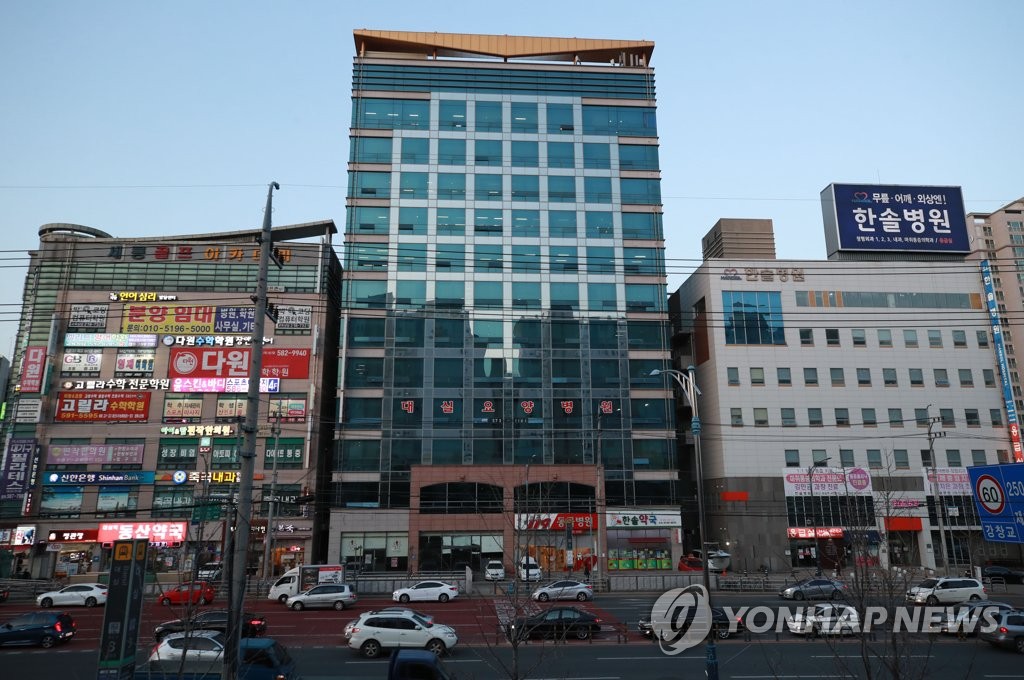