SEOUL, March 27 (Yonhap) -- The first cherry blooming in Seoul this spring was observed Friday, the earliest in record due to warmer weather, the state weather agency said.

This year's blooming was also the earliest since the nation began to record data in 1922. 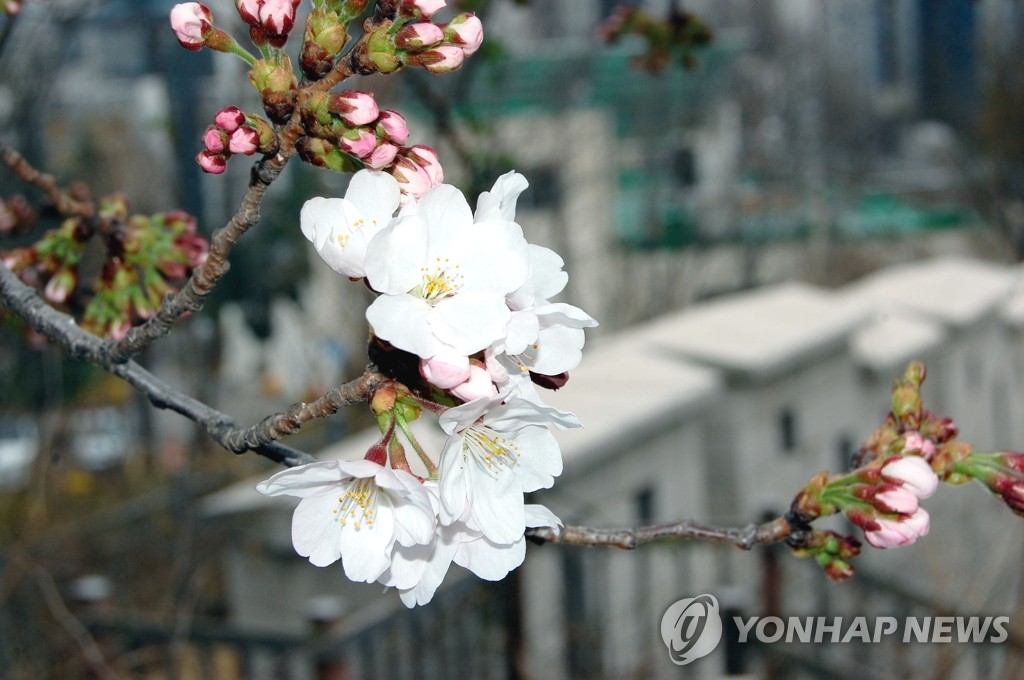 The first bloom is declared when at least three blossoms of a KMA-designated cherry tree in central Seoul come out.

The early flowering is due to unusually high temperatures and long daylight hours in February and March, the agency said.

The pink and white blossoms are expected to be in full bloom 10 days later.

Cherry blossom festivals, which usually attract millions of people, have been canceled across the country due to the coronavirus outbreak.

On the southern island of Jeju, cherry blossoms reached peak bloom, the point at which 80 percent of the blossoms of a designated tree are open, on Friday, two days earlier than last year.

The season's first blooming on the island was reported on Tuesday, one day earlier than last year's March 25, which is also the average date.
(END)