SEOUL, March 27 (Yonhap) -- Officials from 22 South Korean professional football clubs will gather next week to discuss the kickoff date of the new season, which has yet to start due to the coronavirus pandemic.

The Korea Professional Football League said Friday the 12 teams from the top-flight K League 1 and 10 clubs from the lower-tier K League 2 will each send a representative for a meeting next Monday at the Korea Football Association (KFA) House in Seoul.

The K League 1 season was supposed to have started on Feb. 29, but it was postponed indefinitely because of the COVID-19 outbreak. If the team officials come to a consensus on the new start date and the length of the season, they will submit it to the board of governors, made up of club presidents. 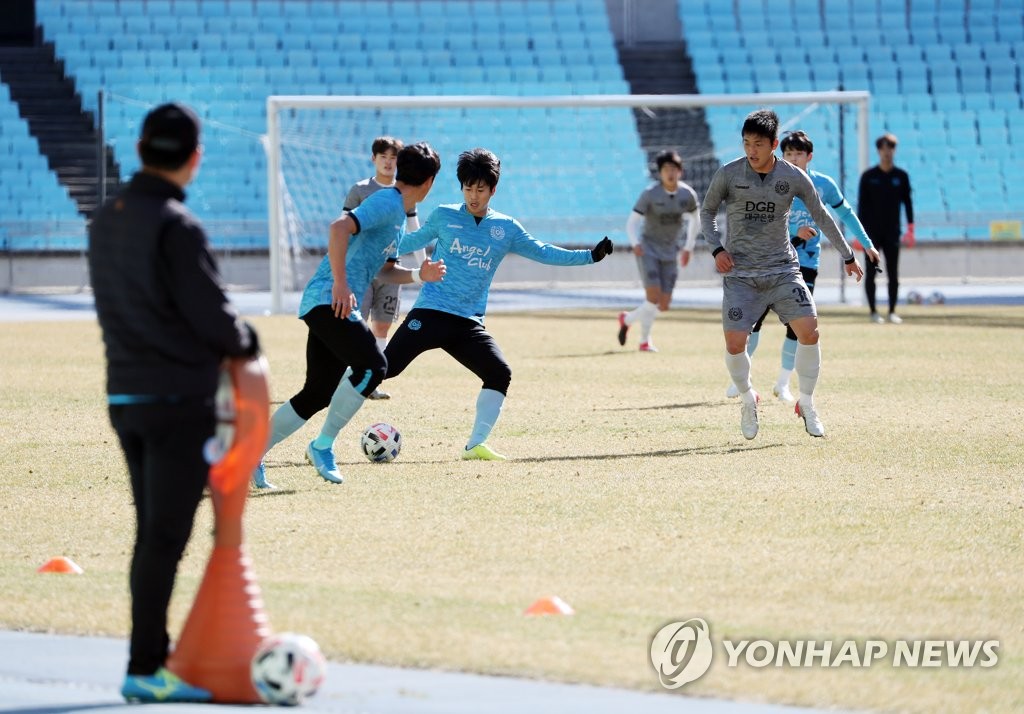 A league official said the board will meet early April, but no date has been set.

With the country locked in a protracted battle against the virus, the government has launched a social distancing campaign that will run through April 5, a day before schools are set to open.

The start of the academic year has been pushed back by more than a month, and once students return to their classrooms, it will represent a return to at least some semblance of normalcy.

Mindful of that symbolism, K League teams will monitor how well the virus can be contained within the first couple of weeks of the schools' opening.

"Basically, we're looking to start the season at some point after April 20," the league official said. "We have to see how the situation with the virus develops after schools start. Above all, we have to take into account public sentiment and government measures before we can begin our season."

There are other external factors to be considered. Four K League 1 clubs -- Jeonbuk Hyundai Motors, Suwon Samsung Bluewings, Ulsan Hyundai FC and FC Seoul -- are competing in the Asian Football Confederation (AFC) Champions League, the continent's top club tournament. That competition has been on hold since mid-February, and matches that have been rescheduled for early April remain in doubt. 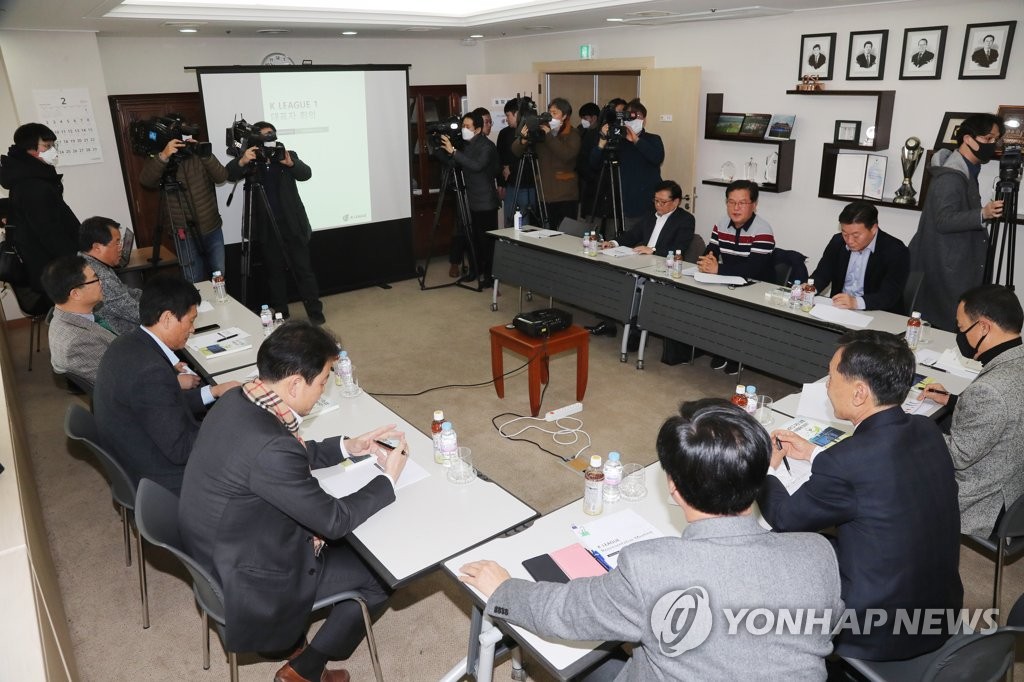 If fixtures for the K League 1 and the AFC event overlap too much, these four teams will be unfairly penalized for reasons outside their control.

Then there are national team matches that have been moved around because of the virus. During FIFA's international match windows, the K League 1 typically goes on a hiatus, with several players getting called up for the national team duties. But with the virus outbreak almost certain to force a shortened season, the league may have to keep playing during those periods.

South Korea had a World Cup qualifying match at home against Turkmenistan in March postponed, with another one against North Korea in June also a question mark.

In a normal season, the 12 teams in the top-flight K League 1 play 38 matches through the end of November or the beginning of December.

They first play 33 matches, and then the top six and the bottom six teams are divided into two groups, Final A and Final B. These teams then play five more matches within their groups -- one against each opponent -- to determine the champion at the top and the relegated club at the bottom.