SEOUL, March 28 (Yonhap) -- A park in southeastern Seoul, famous for its picturesque cherry blossom trees, will close until mid-April as part of precautionary measures to contain the new coronavirus.

Seokchon Lake Park in Songpa Ward will close from Saturday to April 12, according to a Facebook post written by ward chief Park Sung-soo.

The ward will open four gates to the park from 5 a.m. to 9 a.m. every day for residents who pass through the park for their commute, according to the post.

The closure comes in line with the government's continued social distancing advisory.

The ward office has canceled an annual cherry blossom festival that draws more than 5 million visitors each year but decided to close the park on concerns people will still visit the venue.

Major cherry blossom festivals, such as the ones that takes place in the financial and political district of Yeouido and the southeastern city of Changwon, have also been canceled to prevent the virus from spreading.

South Korea has reported a total of 9,332 cases of the new coronavirus as of Friday. 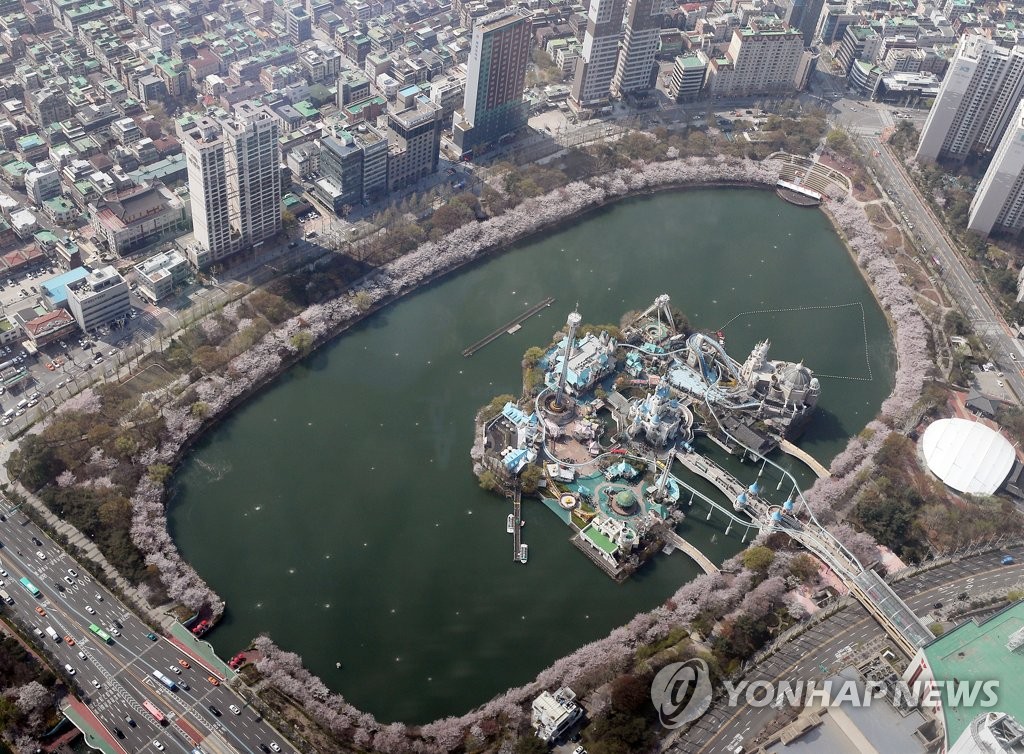