SEOUL, March 27 (Yonhap) -- South Korea is expected to announce early next week whether to open schools in early April or postpone it further as new cases of the coronavirus show no signs of abating.

"(The government) plans to announce on Monday or Tuesday whether school closures will end on April 6 or whether they will be further extended," Lee Sang-soo, a senior official at the Ministry of Education, said in an online briefing Friday.

"If the closure is extended, then classes may be held remotely," Lee said, implying that the government may begin the new school year but provide online classes.

Child care centers, kindergartens and schools across South Korea have closed as part of precautionary measures to contain the virus, which has affected more than 9,000 here.

The new school year usually begins in early March, but the date has been tentatively postponed to April 6 as infections continue to rise across the country.

Several government ministries, including the Ministry of Education and Ministry of Interior and Safety, have been conducting surveys to gauge opinions on the current plan.

The education ministry has been collecting feedback from parents on the April 6 timeline, while the interior ministry is in talks with local communities.

Prime Minister Chung Sye-kyun is scheduled to hold a meeting with school superintendents Saturday, where they are expected to discuss the agenda. 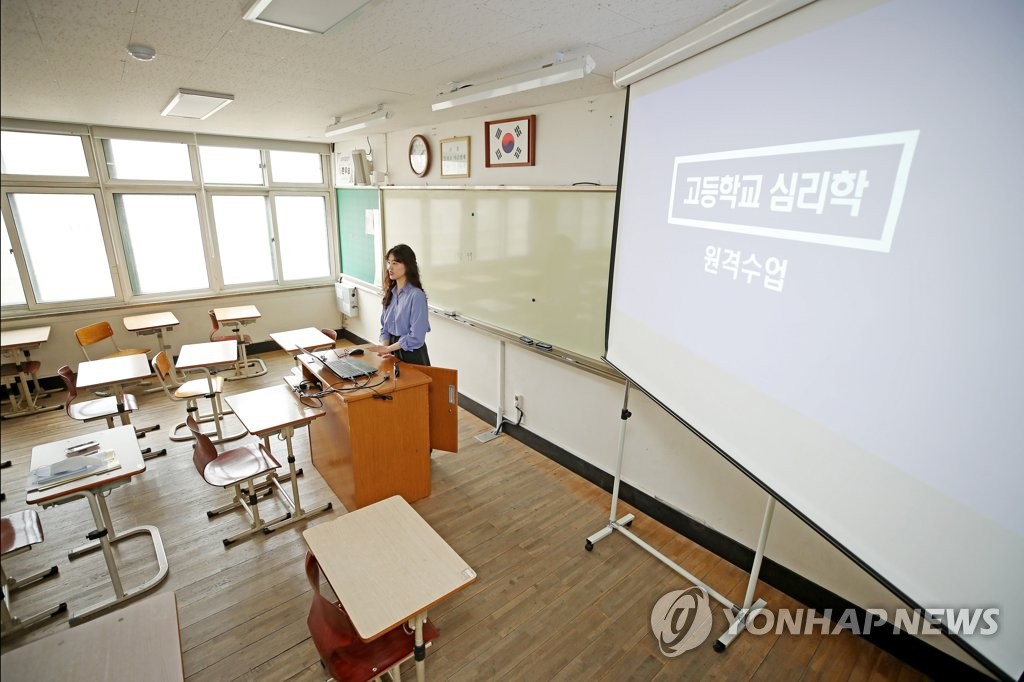