SEOUL, March 27 (Yonhap) -- The foreign ministry called in Chinese Ambassador to South Korea Xing Haiming on Friday over Beijing's banning of the entry of foreigners without prior notice, which a senior Seoul official called "regrettable."

Deputy Foreign Minister Kim Gunn met the Chinese envoy, a day after Beijing announced it would temporarily suspend the entry of foreigners, even those with visas or residence permits, starting Saturday, to help prevent any inflow of COVID-19.

Appearing at the ministry, Xing pledged efforts to help Koreans who need to make necessary trips to China.

"We can give you assurances about people-to-people exchanges in business, science and technology sectors," he told reporters.

"We want to cooperate with South Korea to overcome this crisis and make a virus-free world. I hope that everything will return to normalcy with closer exchanges between South Korea and China by weathering this difficult juncture," he added. 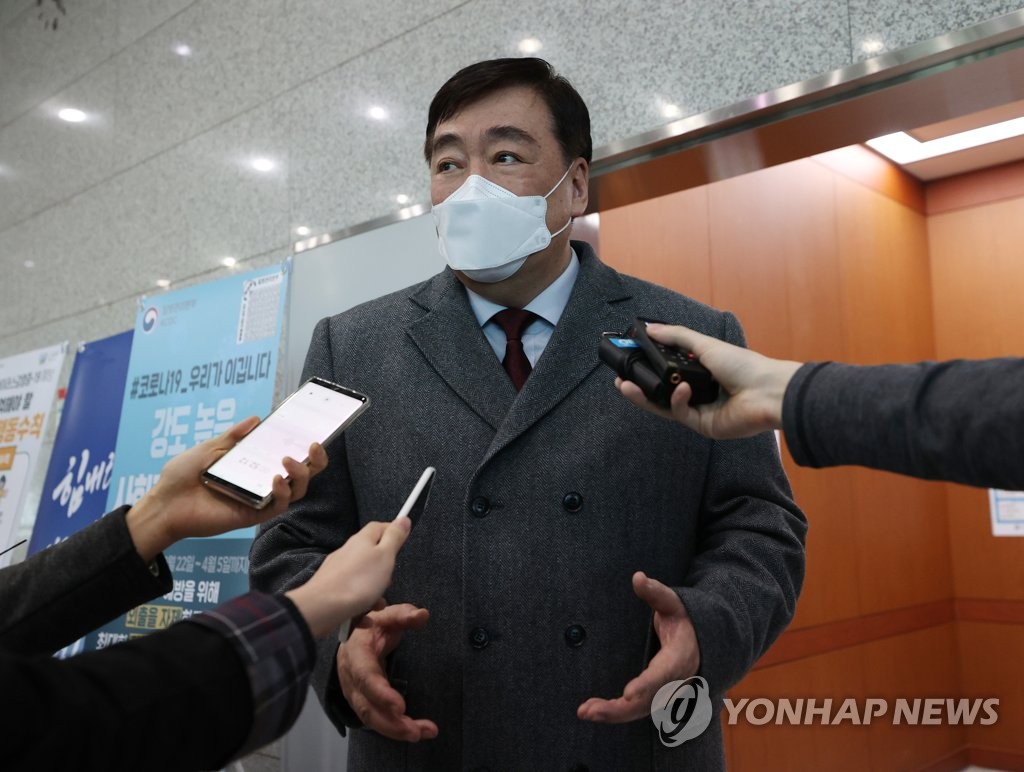 China's entry ban has escalated public calls for South Korea to respond in kind with measures to block all inbound travel from China. Seoul has banned the entry of people only from China's central Hubei province, where the virus first emerged in December.

"There was an abrupt announcement on that measure yesterday, and we think it is regrettable as we were not notified of it in advance," a senior ministry official told reporters on condition of anonymity.

"We have this basic understanding that we need to make efforts toward minimizing any potential damage to our citizens from the measure," he added, noting the ministry has directed its diplomatic missions in China to analyze and report on the potential repercussions of the planned entry ban.

Asked about what measures the ministry would take in response to the entry ban, the official did not go into detail, saying the ministry is looking into various factors, including the fact that China has made the latest restrictive measure targeting all foreigners, not just South Koreans.