On March 9, South Korea halted a visa-waiver program for Japan in a tit-for-tat response to Tokyo's decision to impose new entry restrictions for South Korean visitors over COVID-19.

"Tokyo has recently reported a considerable number of confirmed cases. If the situation continues, there is a high possibility (for South Korea) to maintain its measures against Japan for the time being," Prime Minister Chung Sye-kyun said at a press conference with foreign correspondents in Seoul.

His comment came after Tokyo notified Seoul, through a diplomatic channel, of its plan to extend the entry restrictions on Wednesday.

Chung, meanwhile, expressed hope that South Korea could revive a currency swap deal with Japan in an effort to ease a liquidity crunch in the financial markets.

"The Korea-Japan currency swap line contributed a lot to the foreign exchange market in the past. I think it is right (for the two nations) to clinch a currency swap deal," he said.

In August 2016, South Korea and Japan agreed to resume talks to revive a bilateral currency line after a US$10 billion swap arrangement, which had been kept since 2001, expired in 2015.

But the talks were suspended last year amid a diplomatic feud over South Korea's move to allow the installing of a statue symbolizing the victims of Japan's wartime sexual slavery near its consulate in the southern port city of Busan.

The U.S. Federal Reserve has recently agreed to clinch currency swap deals with global central banks, including a $60 billion currency swap line with the Bank of Korea, to ease a dollar shortage in the market over the COVID-19 pandemic. 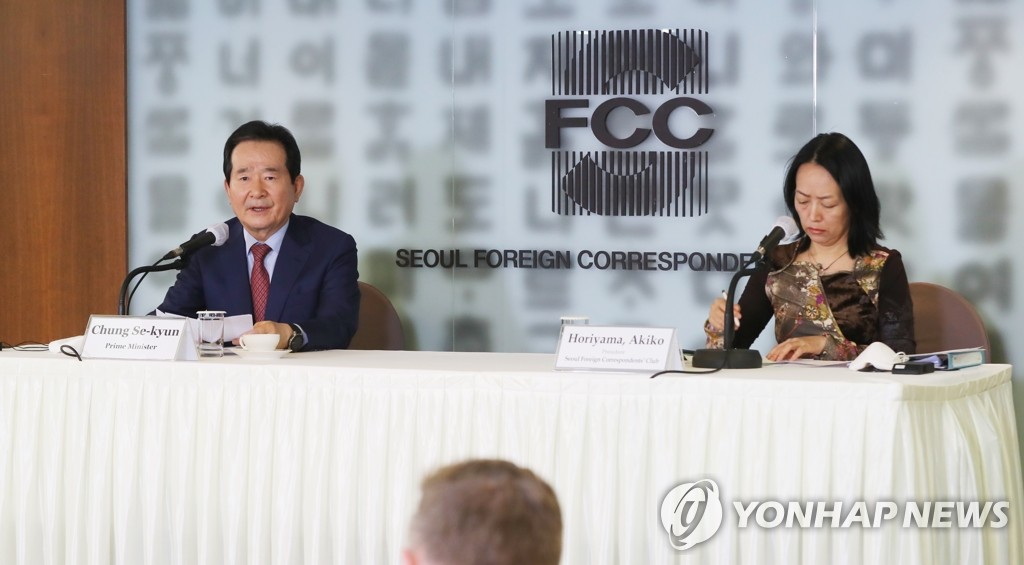