SEOUL, March 27 (Yonhap) -- Six cases of the novel coronavirus were confirmed among congregants at a church in southwestern Seoul, prompting health authorities to close the facility and check for more infections among members, sources said Friday.

The discovery of infected people at Manmin Central Church, in Guro Ward, comes as there have been reports of at least four followers, living in other parts of the capital city, testing positive for COVID-19 in the past few days.

The infections connected to the church have resulted in some 200 people being tested so far, with authorities setting up a screening station at the church earlier in the day to facilitate the process. The church itself was shuttered to prevent further spread.

Manmin officially switched to providing online services from March 6, to protect its members, although there have been people who still have come to church, that could have led to the latest infections.

"All those that have come in close contact with the infected people are being checked, and excluding the confirmed cases, 15 others have so far turned up negative," a local public health official said.

He said comprehensive testing is underway, which may lead to new cases not only in Guro, but other neighborhoods in Seoul.

The infections at the church are worrisome, as places of worship, hospitals and call centers have become clusters of infections in the past, which has caused the government to keep close watch on them.

South Korea detected 91 new cases of the novel coronavirus on Thursday, down from 104 new cases a day earlier.

Of the 9,332 coronavirus infections confirmed since mid-January, nearly 70 percent have been reported in Daegu, which has a population of 2.5 million and is country's fourth-largest city. A large number of cases in Daegu involved the Shincheonji Church of Jesus. 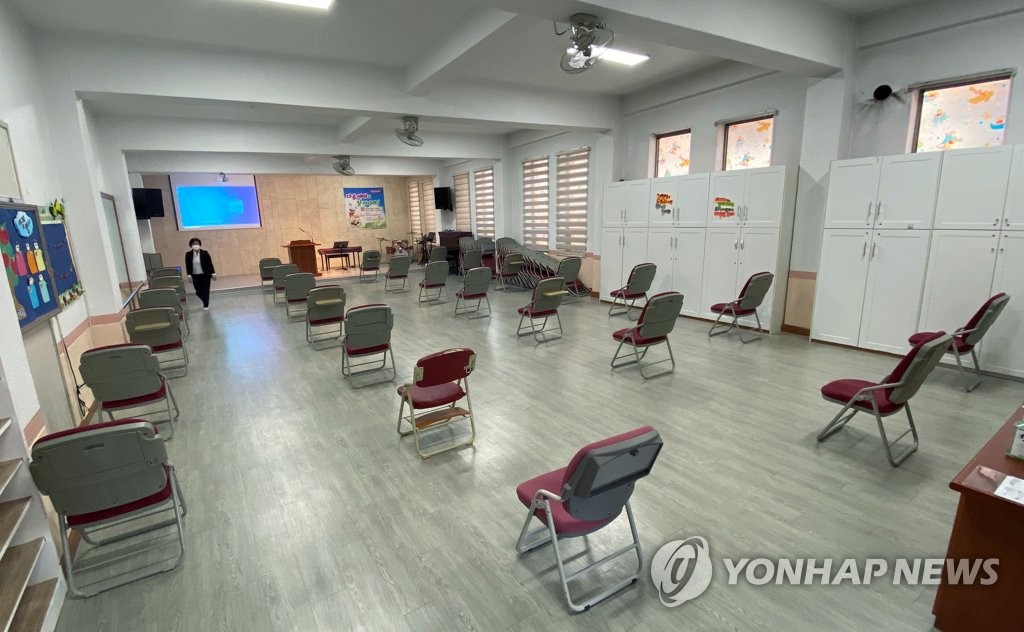