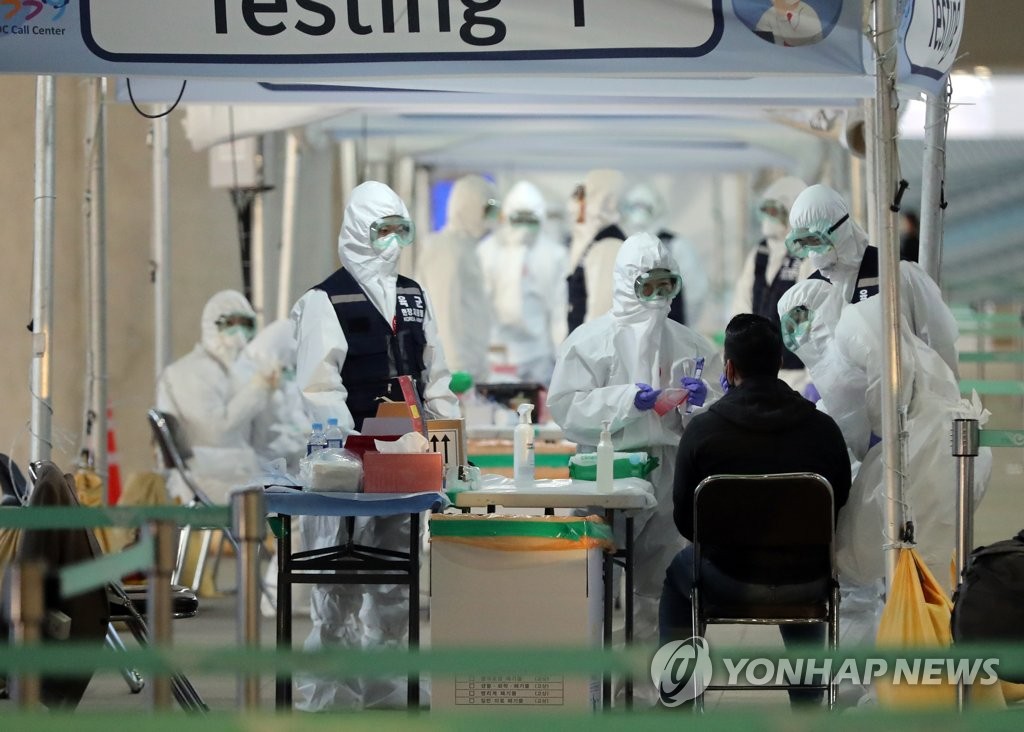 The KCDC said 16 South Koreans from Peru are being tested for suspected symptoms of COVID-19.

The number of imported cases came to 363 out of the 9,478 total confirmed cases.

Citizens are strongly urged to stay at home, except for essential needs or jobs, with the government restricting religious gatherings, indoor sports activities, and visits to nightclubs and other entertainment venues.