The initial FDA approval will immediately allow South Korean manufacturers of the three virus test kits to sell the products in the United States, where confirmed coronavirus cases have surpassed 100,000, an official at the Ministry of Foreign Affairs said over the phone.

The official didn't provide the names of the three approved test kits. 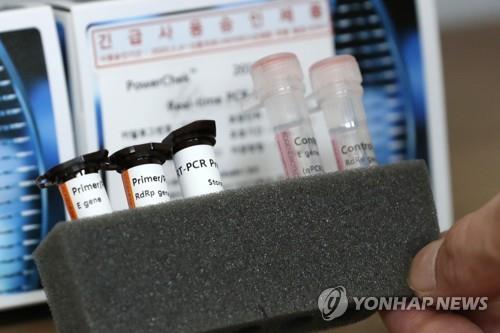 According to the ministry, 47 countries have so far asked about importing South Korean-made coronavirus test kits, while an additional 39 countries have requested them as humanitarian aid.

The number of such requests from foreign countries is likely to increase down the road, as South Korea has been recognized globally for its diagnostic capabilities that led to a slowdown in new COVID-19 cases, industry insiders said.

All are based on the real-time polymerase chain reaction (RT-PCR) testing method, which produces a result in as little as six hours.

Seegene said 95 percent of its COVID-19 test reagents are already being exported to foreign countries.