Both were fired northeastward from the eastern coastal city of Wonsan at 6:10 a.m. and flew around 230 kilometers at a maximum altitude of around 30 km, the JCS said, adding that South Korean and U.S. intelligence authorities are analyzing other specifics.

The military is closely monitoring the situation while maintaining a readiness posture, it said.

Nuclear talks with the U.S. have been stalled since the breakdown of the Hanoi summit between Kim and President Donald Trump in February last year. Since then, the regime has called for boosting self-defense capabilities. 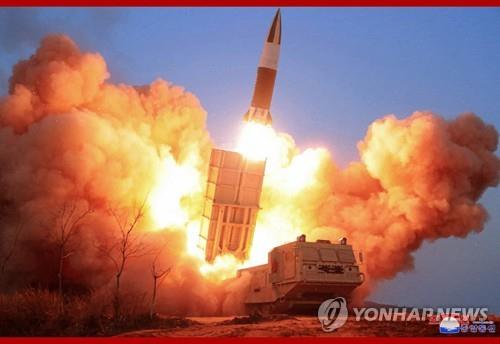