SEOUL, March 29 (Yonhap) -- South Korea will enforce a two-week mandatory coronavirus quarantine for all entrants from overseas starting in April, government officials said Sunday, amid a steady inflow of virus cases from abroad.

All entrants to the country, regardless of nationality, should stay in quarantine starting Wednesday, according to health authorities. Visitors without local addresses here should stay in government-designated facilities at their own expense.

The move came as around 40 percent of the latest new infections were from overseas, spawning concerns that a rise in imported cases has complicated the government's quarantine efforts.

"The government has decided to strengthen quarantine measures against entrants from foreign countries, as confirmed cases are growing in many countries and imported infections are on the rise," quarantine authorities said.

South Korea is currently enforcing both a two-week quarantine period and virus tests for all long-term arrivals from Europe, regardless of symptoms. Entrants from the U.S. were also required to self-isolate at home for two weeks.

The government said it will impose a two-week quarantine on all foreigners coming for short stays in an effort to effectively prevent entry for unimportant purposes, such as tourism

Exceptions will be applied to those coming to South Korea for public purposes and have specific visas such as diplomatic or public affairs visas.

The government will also advise entrants who have been here for less than two weeks to self-isolate.

South Korea reported 105 new cases of the coronavirus Sunday, bringing the nation's total to 9,583, including 152 deaths.

Of the new cases, 41 involved entrants from overseas -- 23 from Europe, 14 from the Americas and four from unidentified Asian countries. Accounting for 4.3 percent of the total, 412 imported cases have been reported so far, according to health authorities. 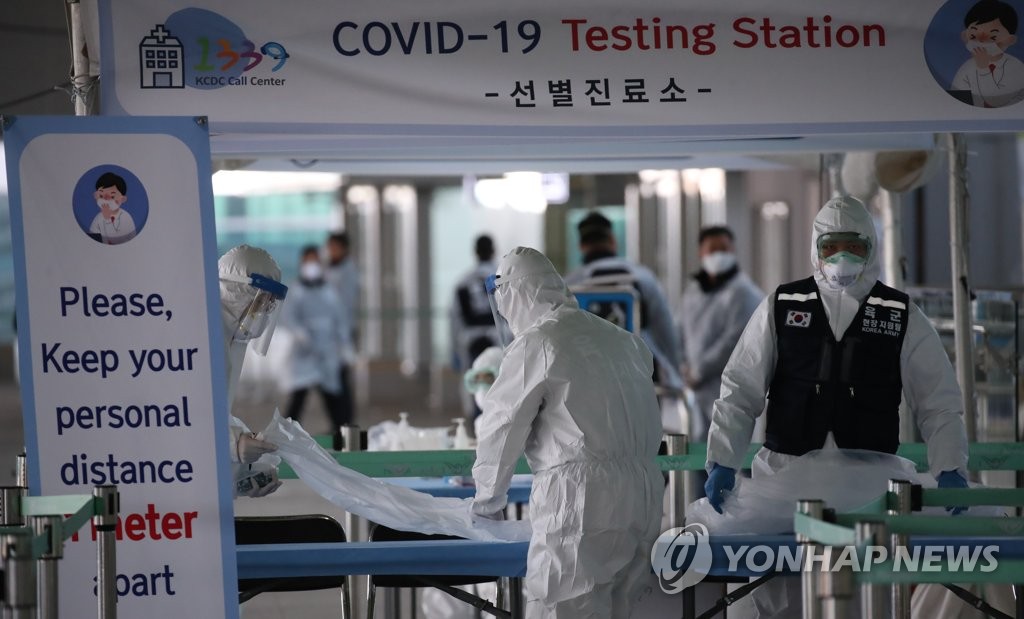