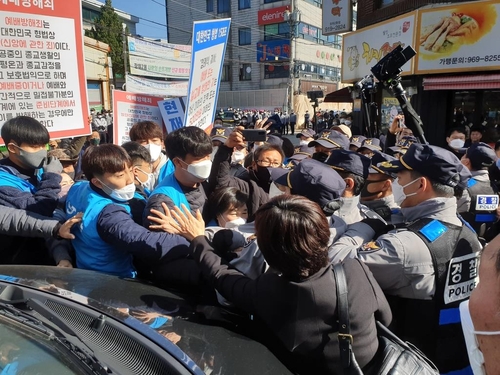 Manmin Central Church in Guro has emerged as a new hotspot of infections in Seoul.

The Seoul city government said at least 22 COVID-19 patients are linked to the church of a minor religious sect.

At least two patients tied to the church were also found to be working at a call center in Geumcheon Ward in southwestern Seoul, according to the ward office. It plans to conduct coronavirus tests on all 78 workers at the center on Monday.

A call center in Guro was the site of the biggest cluster infection in Seoul and adjacent metropolitan areas, with 158 cases.