SEOUL, March 30 (Yonhap) -- South Korea's financial authorities said Monday they have finalized enforcement rules for peer-to-peer (P2P) lending ahead of the implementation of a related act in August.

The rules allow individuals to invest up to 30 million won (US$24,700) to be lent to those who are in need of loans and 10 million won for property-related lending products.

P2P lending refers to a new type of loans extended to individuals or businesses through social network services and the internet, covering a wide range of services, including loans to startups and self-employed businessmen.

The cap on individual lending has been lowered from the original 50 million won amid growing worries about delinquent and toxic loans in the wake of the coronavirus outbreak, the authorities said. 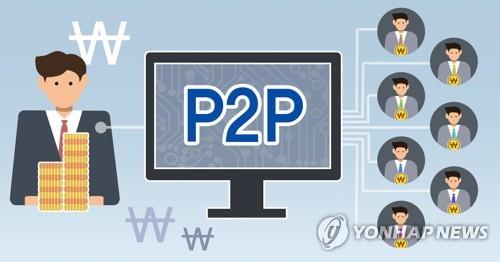 The fast-spreading disease has battered small businesses and the self-employed here as consumers are advised to stay home in line with government efforts to contain the outbreak.

P2P companies will also be required to publicly disclose financial information, including any financial incidents, delinquency rates of 15 percent or higher and sales of bad loans. They will be banned from selling high-risk instruments as well.

In November last year, the Cabinet approved a P2P regulation bill in a bid to tackle deceptive P2P lending practices and protect consumers.