SEOUL, March 30 (Yonhap) -- President Moon Jae-in is expected to announce a major stimulus package Monday that includes doling out emergency relief money to a majority of households in South Korea.

He will convene a third session of the emergency economic council against the economic impact of the coronavirus outbreak at Cheong Wa Dae late Monday morning, with its termination not in sight.

At issue is the amount and scope of the proposed direct financial support for families amid debates over how to finance it, a politically sensitive topic especially about two weeks ahead of the parliamentary elections.

Moon's Cheong Wa Dae aides, ruling party lawmakers and government officials had a meeting Sunday to discuss details of the scheme. They decided to suggest that the government provide cash, vouchers or check cards to around 70 percent of the country's households with relatively low incomes, according to an informed source. It means 14 million households, or 35 million people.

A four-person family would be eligible for some 1 million won (US$820) worth of support in the program to cost 8-9 trillion won of taxpayers' money, the source added.

In addition, Moon is expected to make a decision public to tentatively relieve the public of the burden of paying fees for the four social insurances -- health insurance, national pension, employment insurance and industrial accident compensation insurance.

Earlier this month, Moon launched the council in order to make swift policy decisions and actions to minimize the economic fallout of COVID-19. 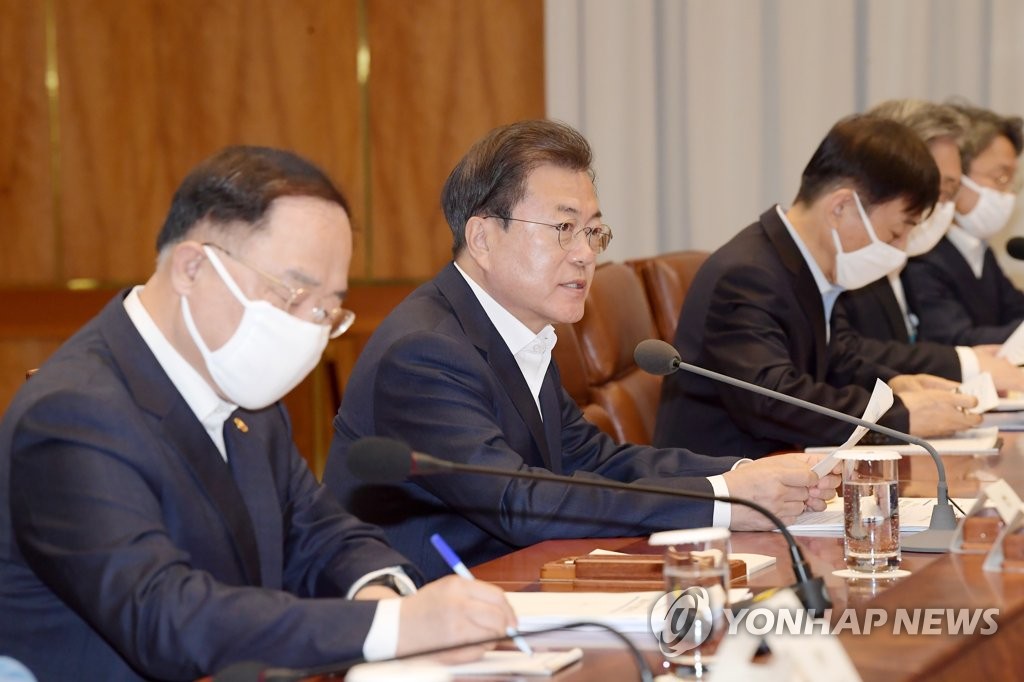