(ATTN: UPDATES with May payment plan, other details in paras 2-9; ADDS photo)
By Lee Chi-dong

He also unveiled a plan to seek another supplementary budget to finance the massive aid package during a third session of the emergency economic council at the presidential office Cheong Wa Dae.

"The government has decided to pay emergency disaster relief money, in cooperation with local autonomous authorities," directly to middle- and low-income families suffering difficulties from the pandemic, he said.

Under the scheme, 1 million won (US$820) would be given to a four-person household in the bottom 70-percent income bracket. It represents an earnings limit for the aid program, meaning individuals with relatively low income would get paid in accordance with the standard. 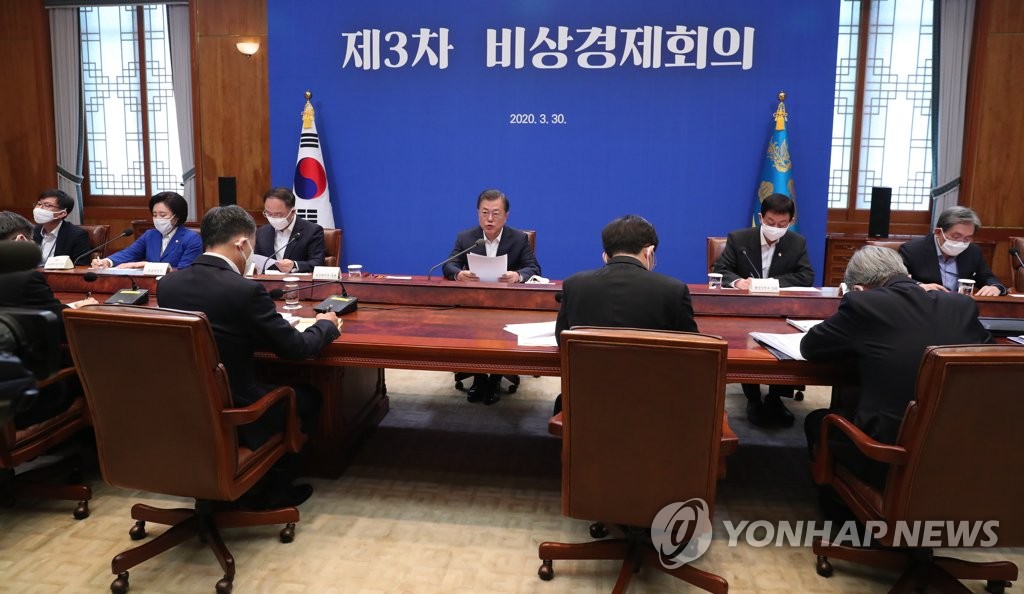 Around 14 million households comprising 35 million people would be eligible for the aid worth a total of 9.1 trillion won. The government would like local governments to chip in 2 trillion won of funds for that, with the remainder financed by a second extra budget.

"It was not an easy decision. (We) had lots of meetings and discussions," he said, stressing that the people deserve "compensation" for their difficulties from participating in months of social distancing and quarantine.

Moon said the government will submit a supplementary budget bill to the National Assembly right after the April 15 general elections, a move that could cause partisan strife, as the conservative main opposition United Future Party has demanded that the government use existing budgets.

The president expects the government to be able to complete the payments within May, a Cheong Wa Dae official told reporters later.

The government plans to send vouchers or digital currency to beneficiaries.

Lawmakers have already approved an 11.7 trillion-won supplementary budget plan over the coronavirus. 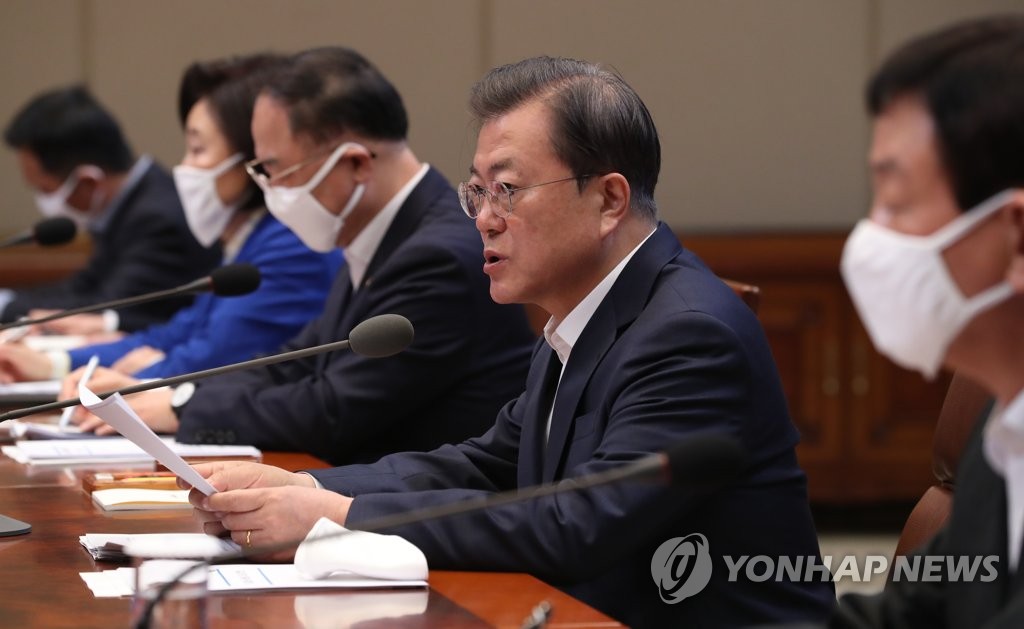 The president also said his administration would relieve the burden on low-income families, small-shop owners and the self-employed for fees for the four social insurances and electricity use. The four are health insurance, national pension, employment insurance and industrial accident compensation insurance.

They will get reductions in such fees or be allowed to postpone monthly payments.

"(We are) facing a difficult situation right now, but the future is uncertain as well," Moon said, calling for "long-term" preparations to pass through the "dark tunnel" and help the economy to recover.

Earlier this month, Moon launched the council to make quick policy decisions and take action to minimize the economic fallout of COVID-19.