The military is scrutinizing photos North Korean state media released earlier in the day of the super-large multiple rocket launcher tested Sunday as the system looks different from the North's existing weapon of the same name, a JCS official said.

It looks more like the large-caliber multiple launch guided rocket system unveiled in August, he said.

One of the photos showed a projectile being fired from a system with six tubes, different from the four-tube system North has disclosed in its previous super-large multiple rocket launcher system test-firings.

"According to the photos released by North Korea this morning, (the rocket system tested Sunday) has similar characteristics with the one unveiled on Aug. 3 last year," JCS spokesman Kim Joon-rak told a regular press briefing.

Officials also said there is a possibility that the North could have just changed the title of the large-caliber multiple launch guided rocket system to put it in the category of its super-large multiple rocket launcher system.

After a series of firings since last year, North Korea appears to be almost ready to operationally deploy its large multiple rocket launcher system.

The North's official Korean Central News Agency said the latest firings were to verify the "tactical and technological specifications of the launch system to be delivered to units of the Korean People's Army."

Ri Pyong-chol, vice chairman of the ruling Workers' Party Central Committee who guided the test-firing, stressed the deployment as a "crucial work of very great significance," and set forth tasks for the delivery of the weapon system, it said. 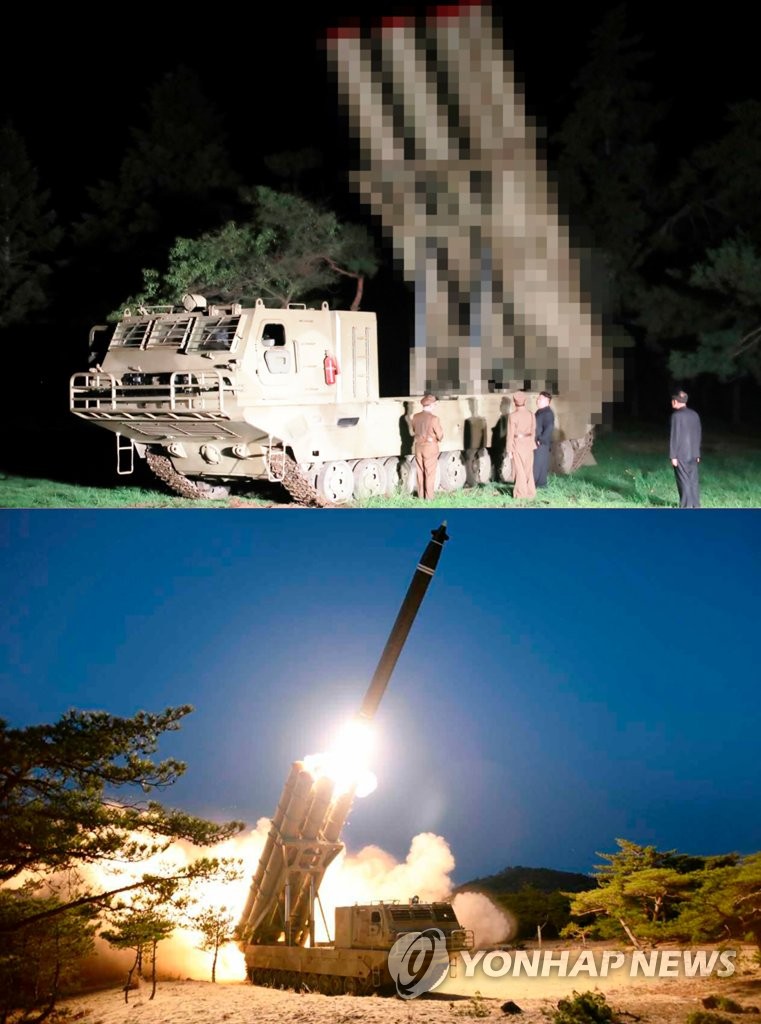