SEOUL, March 30 (Yonhap) -- Subway services in the capital area will end an hour earlier starting in April, operators said Monday, to better contain the new coronavirus that has infected more than 900 in the wider Seoul area.

Under the plan, subway lines No. 1 to 9, as well as the Ui-Sinseol line, will operate until midnight starting April 1, operators said in a press release. Subway services currently run until 1 a.m.

"The reduced service is anticipated to encourage the public to return home early and also secure more time (for subway workers) to stably focus on safety and quarantine tasks," they said. 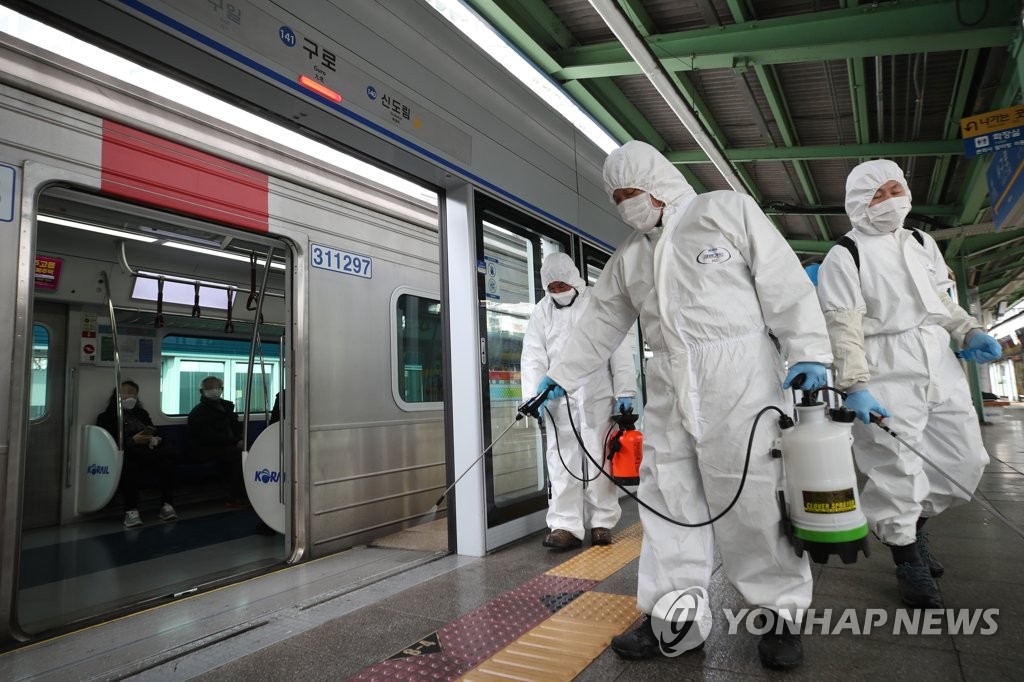 An analysis of late-hour passengers between March 16 and 20 showed only around 10 percent of those who used the 10 busiest subways stations after 11 p.m. were assumed to be those who commute. The remaining were irregular passengers who were assumed to return home after spending time at restaurants and clubs.

Separate data from late February showed that overall subway passengers dropped around 40 percent from a year earlier, the operator said, saying it would be more efficient for workers to focus on safety and quarantine efforts.