SEOUL, March 30 (Yonhap) -- South Korea said Monday it will push for a second extra budget worth 7.1 trillion won (US$5.8 billion) to provide shopping coupons and gift certificates to more than half of the country's households to help minimize the economic fallout from the spread of the new coronavirus outbreak.

Under the plan, 1 million won would be given to each household with four or more people that rank in the bottom 70 percent of gross income, according to the Ministry of Finance and Economy.

The government "promises that it will mobilize all resources and act boldly and quickly until the crisis ends," Finance Minister Hong Nam-ki said in a news conference at the government complex building in central Seoul.

Hong also said the government stands ready to provide any additional support to the people at any time, if needed. 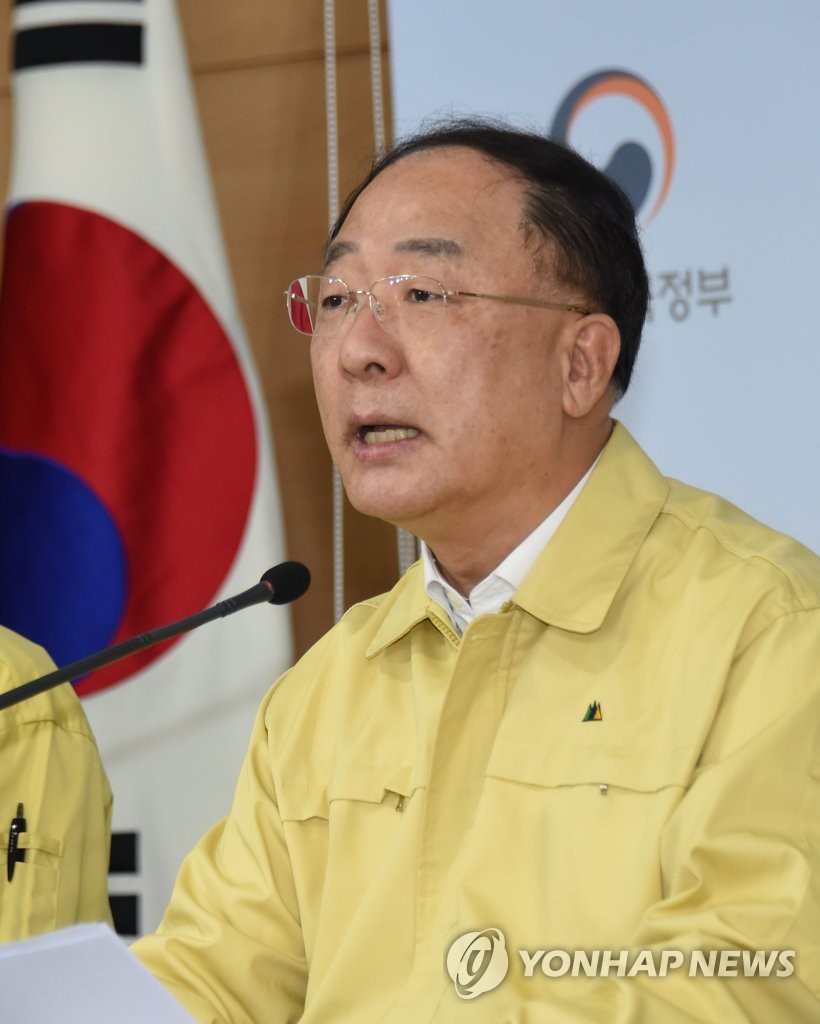 Hong said the government plans to hand out shopping coupons or gift certificates instead of cash to stimulate spending.

Hong said the government will quickly submit the extra budget bill to the National Assembly for approval. The parliament has already approved an 11.7 trillion-won supplementary budget plan over the coronavirus.
The latest relief measure is designed to help cushion the shock stemming from COVID-19 pandemic at a time when Asia's fourth-largest economy is reeling from the economic fallout.

Nomura Securities Co. said that the South Korean economy could contract by 12.2 percent in a worst-case scenario.

In 2019, the South Korean economy expanded 2 percent from a year earlier. South Korea's economy has contracted only twice: in 1980 and 1998.

South Korean airlines have suspended most of their flights on international routes as an increasing number of countries close their borders to contain the coronavirus.

Hyundai Motor Co. and Kia Motors Corp., the country's two biggest carmakers, suspended operations at most of their overseas plants, including those in the United States and Europe.

He said troubled smaller companies and low-income families will be exempt from paying the national pension for three months while the government will cut their health insurance premiums and industrial accident compensation insurance premiums by 30 percent for up to six months.

South Korea has strengthened social distancing through April 5 to try to contain the spread of the virus that has killed 158 people, mostly elderly patients with underlying illnesses, and infected 9,661 others.