SEOUL, March 30 (Yonhap) -- Dozens of patients and staff members at a hospital in Daegu have been diagnosed with the new coronavirus, marking the single largest cluster of infections so far in the city, an epicenter of the potentially deadly disease in South Korea, local health authorities said Monday.

An additional 58 people from Miju Hospital have been confirmed infected, bringing the total number of infections at the hospital to 133, according to the city's health authorities. 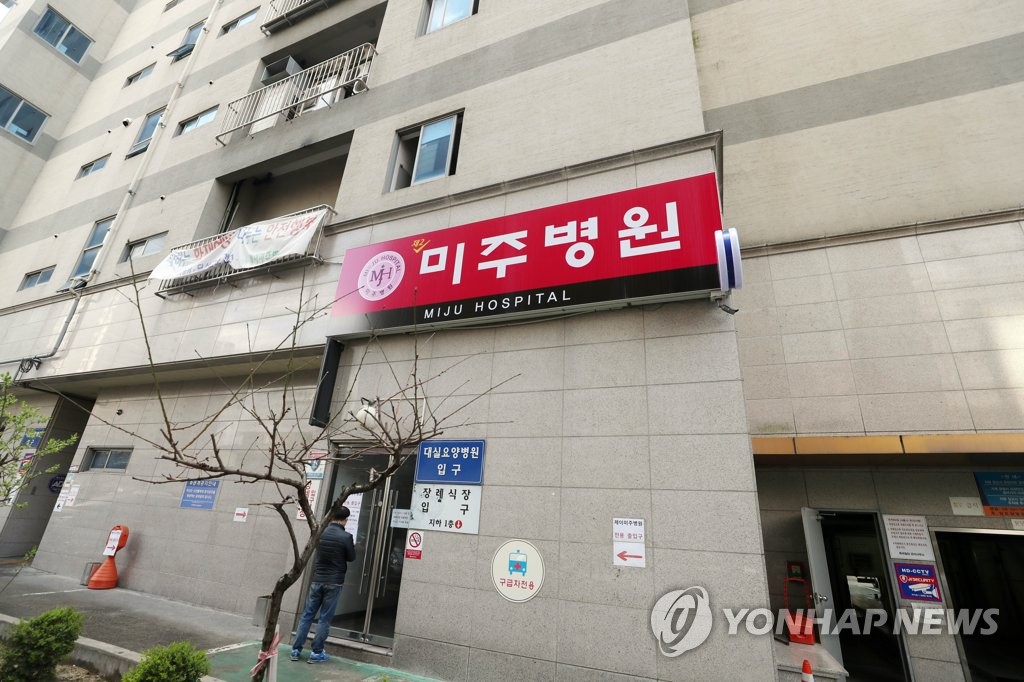 The 133 cases mark the largest number of infection cases from a single facility in the city located some 330 kilometers southeast of Seoul, except for hundreds of cases linked to a Daegu church of the Shincheonji religious sect.

The hospital began to see a rise in its number of infection cases last week, about one week after a nursing home located in the same building reported a large number of COVID-19 infection cases.

The nursing home, located on floors three to seven, has so far reported some 90 infection cases.

Miju Hospital, located on floors eight through 11, has 286 patients and 72 staff members.

Nursing homes and other medical facilities, including hospitals, have been found to be especially vulnerable to the new coronavirus, which is believed to be transmitted via respiratory droplets.

Daenam Hospital in Cheongdo, North Gyeongsang Province, another epicenter of the virus outbreak here, has reported 120 infection cases, one of the largest clusters of infection cases in the country, followed by 110 cases at another nursing home in Daegu, Hansarang.

As of Sunday, Daegu has reported 6,624 infection cases, accounting for more than 68 percent of the national total at 9,661.

Of all patients in Daegu, over 3,900, or about 59 percent, have been released after full recovery, according to the city officials.
(END)