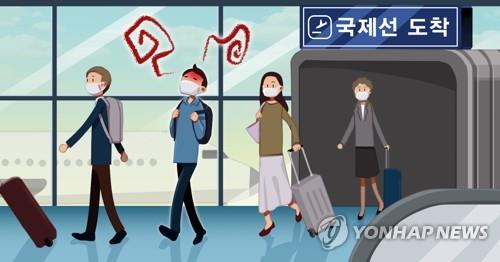 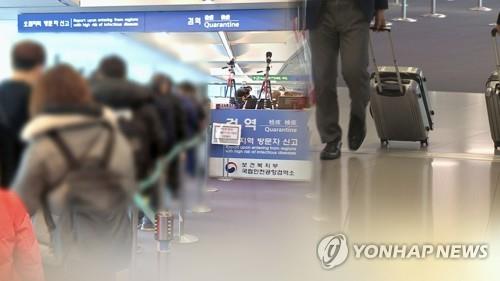 In another case, Seoul's Yongsan district office filed a complaint on Monday against a Polish man who allegedly broke the self-quarantine rule.

The 42-year-old resident was ordered to self-isolate from March 13-26 after one of his friends, also from Poland, was confirmed to be infected on March 12.

Investigation found that during the two weeks, he had visited a convenience store and walked around at a park near his home, according to the district office.

He was asymptomatic during the quarantine period but tested positive on March 26 and was hospitalized.

Meanwhile, South Korean students have been returning home in large numbers from Europe and the U.S. to avoid the rapid spread of COVID-19 in the regions, and some of them have posed a challenge to the nation's social distancing campaign.

Angered by the incident, Jeju Gov. Won Hee-ryong has said his government will seek to file a criminal complaint against the two and a civil lawsuit to demand more than 100 million won (US$81,500) in damage incurred by the private businesses and residents.

"The student and her mother traveled in Jeju despite recognizing symptoms from the first day of their trip," Won said in a media briefing, expecting the number of plaintiffs to grow.

"Any shameless behaviors that disturb medical staff's hard work, quarantine officials' efforts and the national campaign for social distancing should be terminated. Through this lawsuit, we want to sound a strong alarm bell," the governor said.

Won also vowed to launch criminal proceedings against the Seoul citizens, if they have made false statements about their travel routes or any community transmission occurs on the island due to them.