SEOUL, March 30 (Yonhap) -- A South Korean government-chartered plane departed for coronavirus-hit Italy on Monday to bring home hundreds of citizens, amid growing concerns over their safety in the epicenter of the COVID-19 outbreak in Europe.

The plane, bound for Milan, is one of the two flights that the Seoul government has arranged to bring about 530 citizens back to Korea. The other flight is expected to depart here for Rome on Tuesday.

The first flight, with about 310 people, is set to arrive in Korea on Wednesday, Seoul officials said. The second flight is expected to return home Thursday, carrying 220 people from Rome and Milan.

"We will make efforts to ensure that the citizens who have applied to take the flights return home safe and sound," Song Se-won, a foreign ministry official, told reporters at Incheon International Airport, west of Seoul. 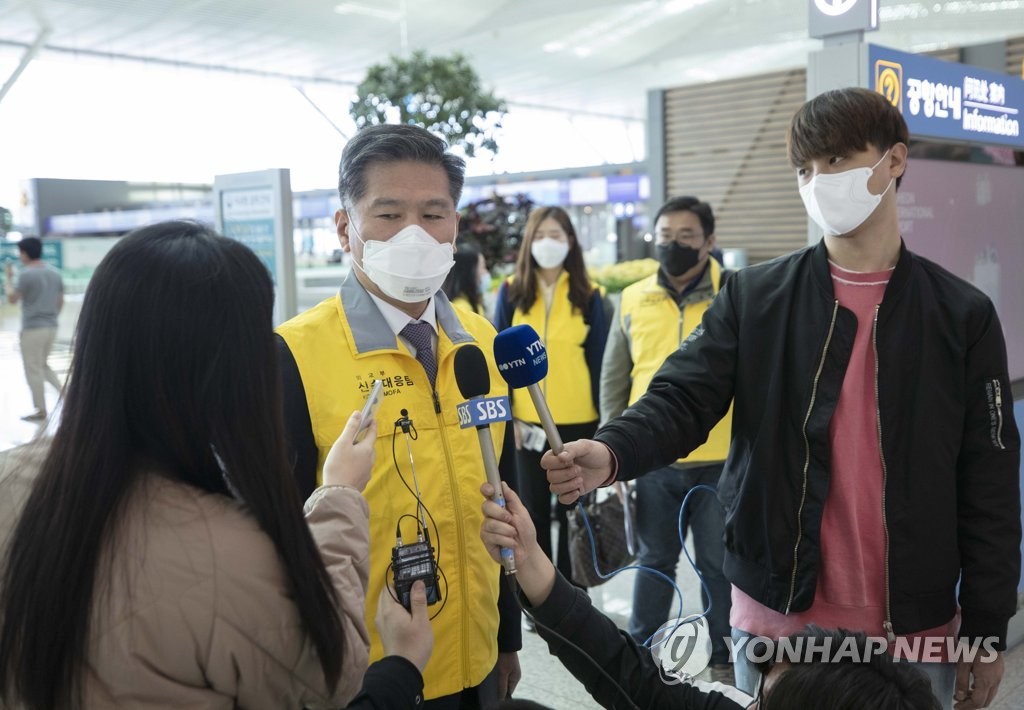 Song is the head of the government's rapid response team consisting of seven foreign ministry officials and medical staff who are now aboard the first flight for Italy.

The passengers from Italy will undergo fever checks before receiving their boarding passes. They will also be checked for fever right before boarding the plane, the official said. They will be asked to wear masks during the flight.

Upon arriving in Korea, they will be tested for the coronavirus. If anyone tests positive, all of them will be quarantined at designated places. If there are no confirmed cases, each person will have to self-isolate at home for 14 days.