The index earlier lost more than 2 percent after opening sharply lower on fears that a surge in the number of COVID-19 infections in the United States may further reduce economic activities in the world's largest economy.

Washington extended its guidelines for a voluntary shutdown after the number of the country's infection cases breached 100,000 over the weekend. 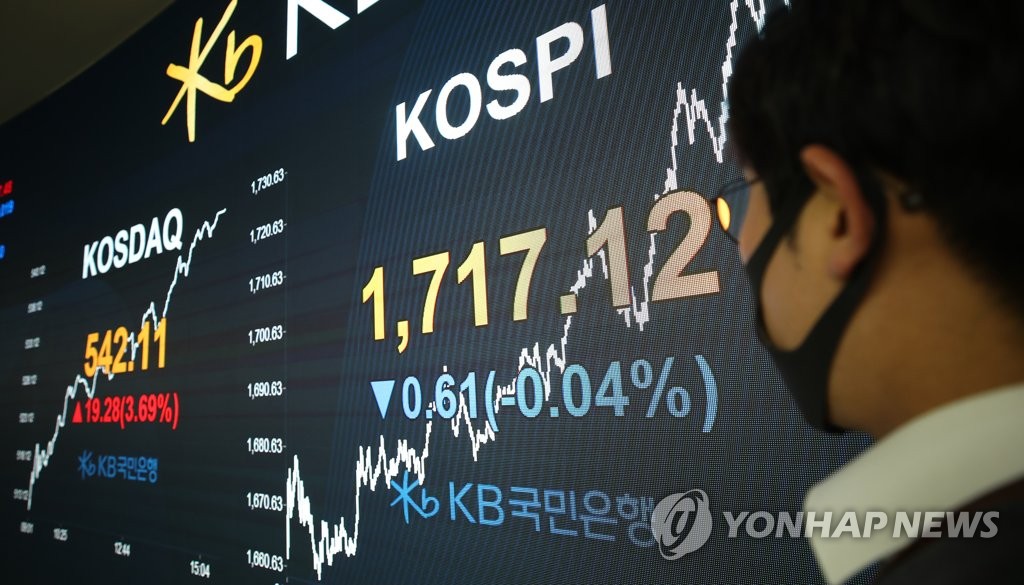 Investor sentiments were apparently lifted after Seoul proposed a second supplementary budget as part of its latest support package, this time targeting individuals and households.

The finance ministry said it will spend 9.1 trillion won to provide up to 1 million won in emergency relief aid to about 14 million low-income households here.

To this end, the government will soon submit a request for a 7.1 trillion-won extra budget to the National Assembly. It will come in addition to the 11.7 trillion won in extra budget it secured earlier this month.

The local currency closed at 1,224.40 won against the dollar, down 13.80 won from the previous session's close.

Bond prices, which move inversely to yields, closed lower. The yield on three-year Treasurys gained 3.8 basis points to 1.098 percent, and the return on the benchmark five-year government bond added 5.0 basis points to 1.316 percent.