SEOUL, March 31 (Yonhap) -- The business sentiment of South Korean manufacturers dropped to the lowest point in over a decade for next month, central bank data showed Tuesday, amid concerns that the coronavirus pandemic may weaken trade and consumption around the globe.

The business sentiment index (BSI) for manufacturing here came to 54 for April, down from 69 for this month, according to the data from the Bank of Korea (BOK).

The reading marks the lowest since March 2009, when the index stood at 50. 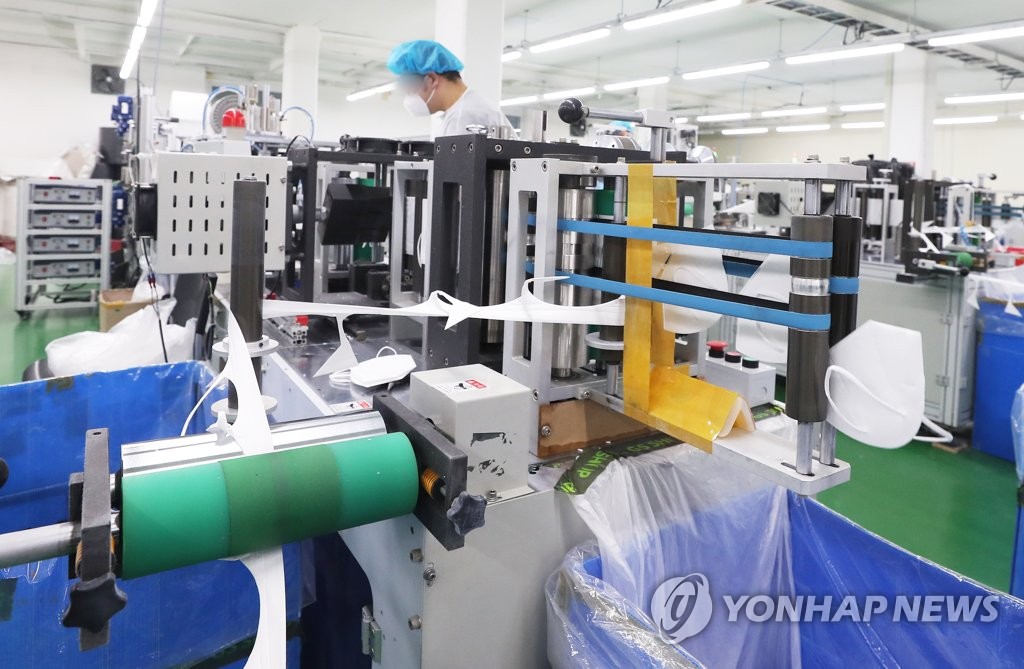 The sharp decline comes amid the continued spread of the novel coronavirus at home and abroad. The World Health Organization this month declared a COVID-19 pandemic.

South Korea had reported around 9,600 confirmed cases as of Monday, with the daily number of new infections showing signs of slowing recently.

Many businesses here have been dealt a harsh blow, with local sales plummeting.

The BOK has slashed its growth outlook for Asia's fourth-largest economy to 2.1 percent from 2.3 percent, citing a delayed recovery in consumption here.

Many believe the spread of COVID-19 in other countries, including the United States, may also undermine South Korea's exports, which suffered a heavy setback last year due to the lengthy trade dispute between the U.S. and China.

The manufacturers anticipated both their local sales and exports would drop down the road.

Their BSI on exports came to 66 for April, down 16 points from 82 for this month. Their BSI on local sales moved down 15 points to 60 for the upcoming month.

The BSI of non-manufacturing firms came to 52 for April, down 16 points from 67 for March.

Korean manufacturers' sentiment sinks to over decade low for April

Korean manufacturers' sentiment sinks to over decade low for April