SEOUL, March 30 (Yonhap) -- Quarantining all arrivals from overseas is a better way of dealing with the inflow of coronavirus cases than a blanket entry ban, a senior foreign ministry official said Monday.

The government announced Sunday that it will enforce 14-day self-isolation for all passengers arriving from abroad regardless of their nationalities, starting Wednesday, as the country has seen a sharp rise in imported cases of COVID-19.

The decision marks an expansion of quarantine measures in place for all arrivals from Europe and the United States. But critics have asked why the government has decided against imposing an all-out entry ban.

"At this stage, we believe that it is best and reasonable to respond with stronger entry restrictions rather than a blanket entry ban," a senior foreign ministry official told reporters on condition of anonymity.

"Out of the various options, related ministries within the government are making a comprehensive decision based on the opinions of the quarantine authorities," he said.

The official added that an outright ban would not be a solution, citing the worsening situation in other countries that adopted such a measure from the beginning.

The official also said the government's principle of maintaining "openness" could change depending on the circumstances.

"It was not a global pandemic at the beginning, and it is now. There have been many changes as the countries' rankings of confirmed cases have changed," he said. "I think the government policy should also come in line with those changes."

South Korea has stressed that its response to COVID-19 is based on "openness and transparency," taking a cautious stance about adopting aggressive entry restrictions.

On Monday, South Korea reported a total of 9,661 confirmed cases of the novel virus, with 158 deaths. The number of imported cases rose to about 290 last week, from 77 tallied the previous week, according to the Korea Centers for Disease Control and Prevention (KCDC). 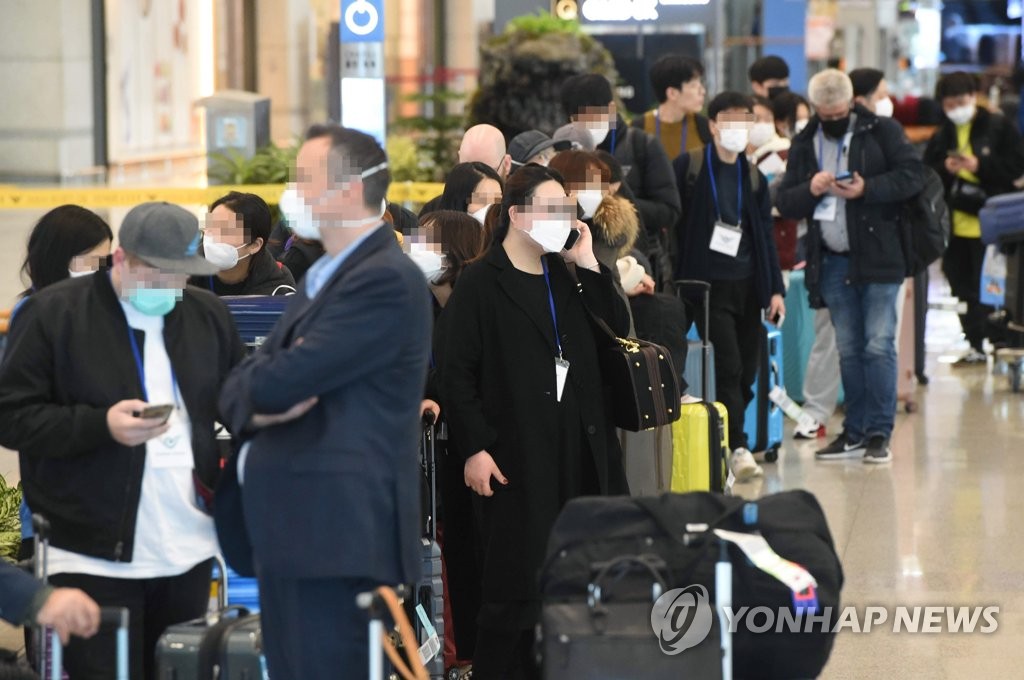