In a 17-minute conversation, Abiy pointed out that responding to COVID-19 has emerged as one of the biggest problems in Africa and the continent needs to learn from South Korea's experience, the presidential office Cheong Wa Dae said.

"Ethiopia is suffering huge damages in its economy due to COVID-19," the prime minister, the 2019 Nobel Peace Prize laureate, was quoted as saying by Cheong Wa Dae spokesman Kang Min-seok.

During the talks, made at Abiy's request, he told Moon that he was "proud" of the "brother-like president's coronavirus response," saying Africa is in need of "your experience and global leadership," Kang added. 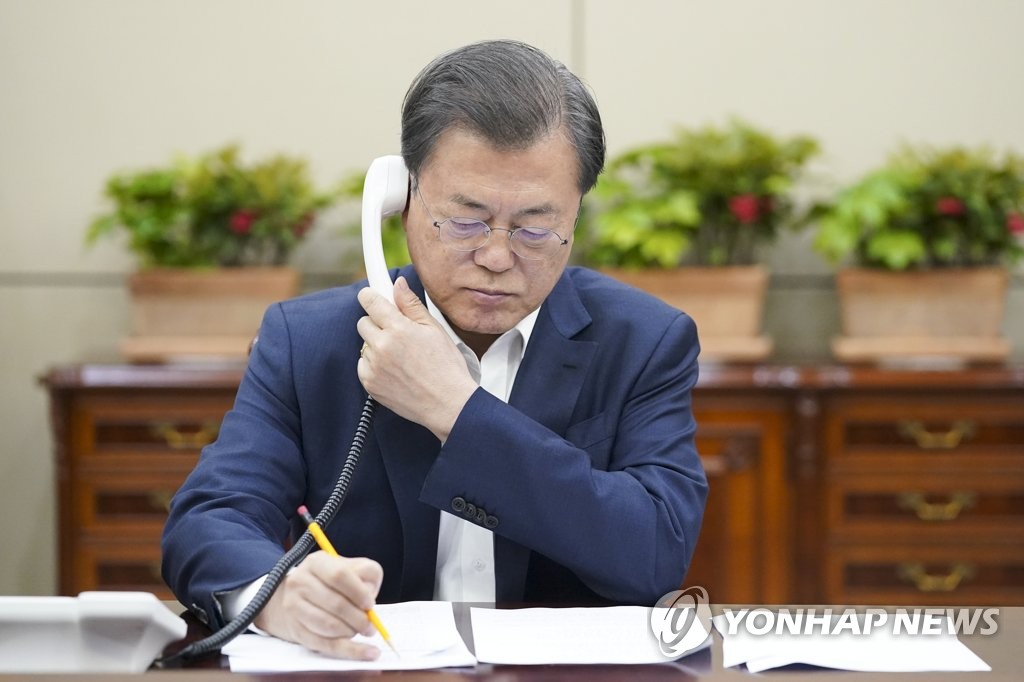 The president, in response, reminded him that the Group of 20 (G-20) members expressed their concerns in last week's video summit about the vulnerability of Africa's health systems and economies.

"I expect that the issue of providing support to Africa will be addressed intensively in the process of taking follow-up measures to the G-20 joint statement," Moon said.

He extended his gratitude to the Ethiopian government for its cooperation in bringing South Korean troops back home from South Sudan on the nation's chartered flight after their U.N. peacekeeping mission.

Moon requested the prime minister's help, if necessary, for South Korean nationals in Africa seeking to fly to their homeland, noting that Ethiopia is a continental aviation hub.

Abiy said his government would provide South Korea with such help at any time.