SEOUL, March 30 (Yonhap) -- An employee at Samsung Electronics Co.'s chip production line in Yongin, south of Seoul, was confirmed to have contracted the novel coronavirus Monday, a local government has said.

The worker in his 20s first showed symptoms of COVID-19 last week and took a test Sunday, according to the city government of Hwaseong, where he resides.

After the result came out Monday, he was taken to a hospital, and the authorities are tracing his contacts.

The world's largest maker of smartphones and memory chips reportedly sent home the worker's colleagues immediately and carried out disinfection.

He last visited the plant, located in the district of Giheung, on Saturday, Hwaseong officials said.

The factory, however, is being operated normally, and the company said it has adopted a stringent decontamination scheme so chances are extremely low for the virus to spread at the semiconductor production line through the air or via workers.

The worker is the first virus case among Samsung employees at the Giheung plant, though an employee of its cafeteria run by a contracted firm tested positive for the virus late last month.

As of Monday, South Korea had 9,661 confirmed virus cases, including 158 deaths, according to the Korea Centers for Disease Control and Prevention (KCDC). 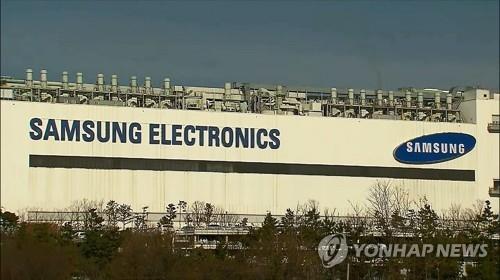