WASHINGTON, March 30 (Yonhap) -- U.S. Secretary of State Mike Pompeo praised South Korea on Monday for its handling of the coronavirus pandemic, saying the country should be applauded for bringing down its infection rate.

Pompeo spoke in a telephone briefing with Yonhap News Agency and other Asian news outlets as South Korea marked the 18th consecutive day that new infections hovered around 100 or fewer.

"They have had a pretty effective effort," he said. "It appears from all the data that we can see that the South Koreans have managed to come across a peak inside of South Korea, and for that they should be applauded." 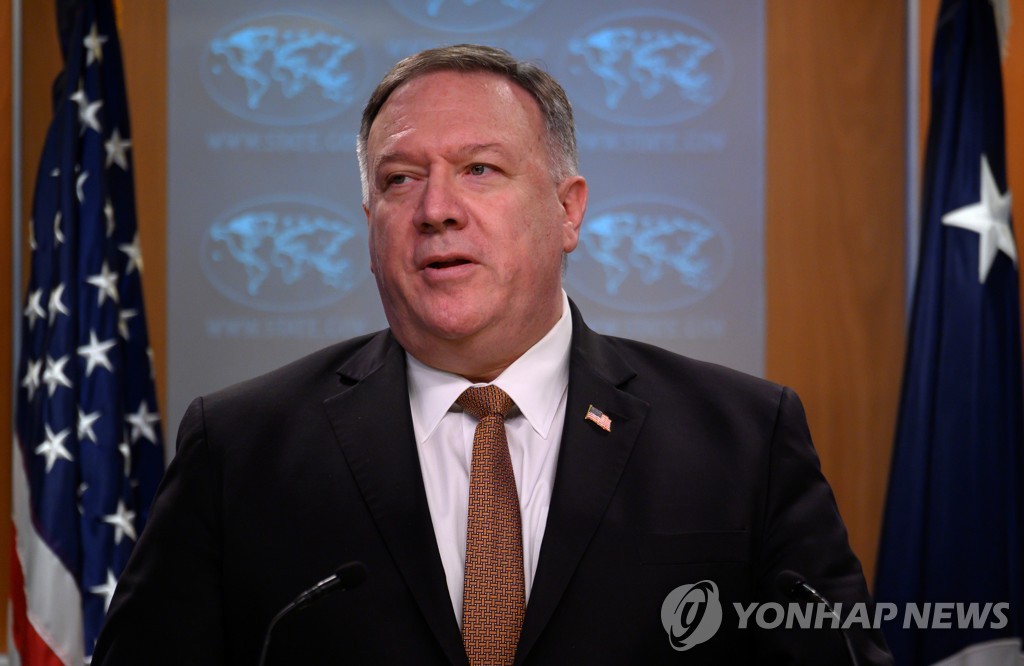 South Korea has been widely praised in the American news media and elsewhere for rapidly implementing COVID-19 testing measures after the country reported its first case in January.

As of the end of Sunday, South Korea had a total of 9,661 cases, including 158 deaths. Meanwhile, the U.S. recently overtook China as the country with the largest number of infections at more than 140,000, including some 2,000 deaths.

The claim was later proven to be incorrect and also disregarded the large difference in populations.

"I told you yesterday, eight days here because you heard so much about South Korea," Trump said Thursday during a White House press briefing on the coronavirus.

In a phone call with President Moon Jae-in on Tuesday, Trump asked for South Korea's assistance with medical equipment, according to Moon's office, Cheong Wa Dae.

Trump and the White House have made no mention of such a request.