SEOUL, March 31 (Yonhap) -- South Korea's overall industrial output contracted the most in nine years in February as the economic fallout from the spread of the new coronavirus began to affect manufacturing activity and domestic spending, data showed Tuesday.

Production of chips increased 3.1 percent on-month, but that of automobiles nose-dived 27.8 percent, the sharpest drop in more than 13 years.

The output of machinery also decreased 5.9 percent over the period, according to the data.

Facility investment decreased a whopping 4.8 percent in February from a month earlier, led mostly by the automobile segment.

The average factory operation rate stood at 70.7 percent in February, down 4.9 percentage points from a month earlier.

The agency warned South Korea may face further headwinds down the road as the full-fledged fallout from the pandemic has not yet been fully reflected in the data. 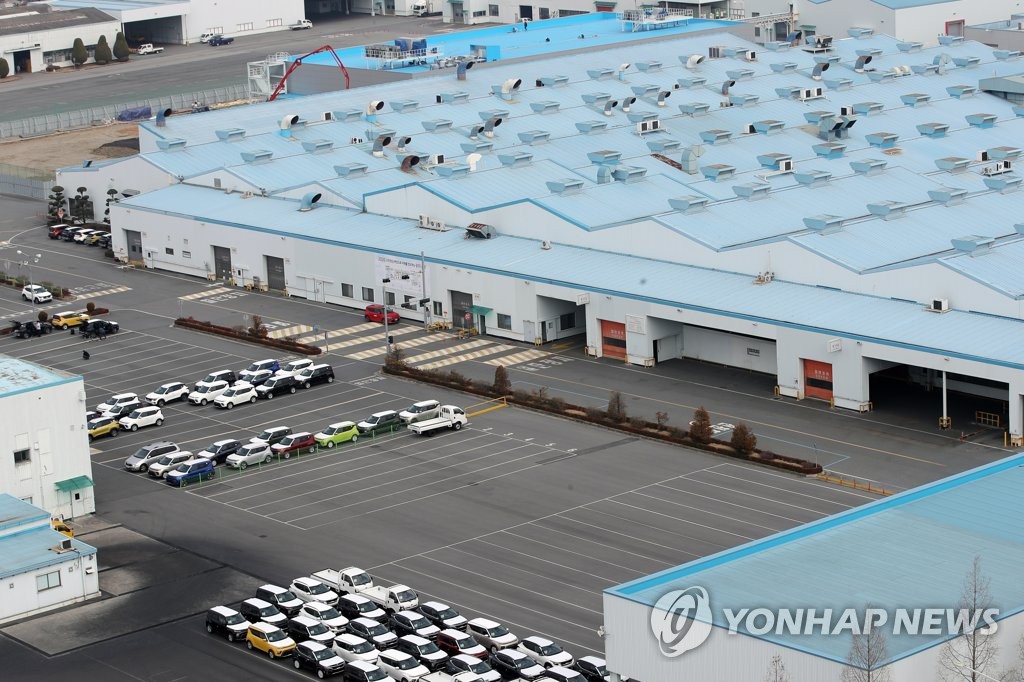 "The impact of social distancing and the global spread of the virus are anticipated to be reflected in data for March and April," the official said.

As part of efforts to revitalize local spending and minimize the economic fallout from the virus outbreak, South Korea said Monday it will push for a second extra budget worth 7.1 trillion won (US$5.8 billion) to provide shopping coupons and certificates to local households.

The South Korean economy was earlier projected to grow 2.3 percent this year, but the central bank has revised down its growth outlook to 2.1 percent, citing the crippling effects of the new coronavirus outbreak. Another downward revision may be inevitable, it added.

The country's exports had rebounded in February, snapping their 14-month losing streak aided by the improving chip sector. The recovery, however, is expected to be short-lived due to global supply chain disruption and weak trade.

Amid the dire global pandemic, South Korea has detected 9,661 cases of infections as of Sunday.