The average interest rate on all new bank loans came to 3.08 percent in the month, down 11 basis points from 3.19 percent tallied in January, according to the data from the Bank of Korea (BOK).

The rate on all outstanding loans came to 3.35 percent, down 0.03 percentage point over the cited period. 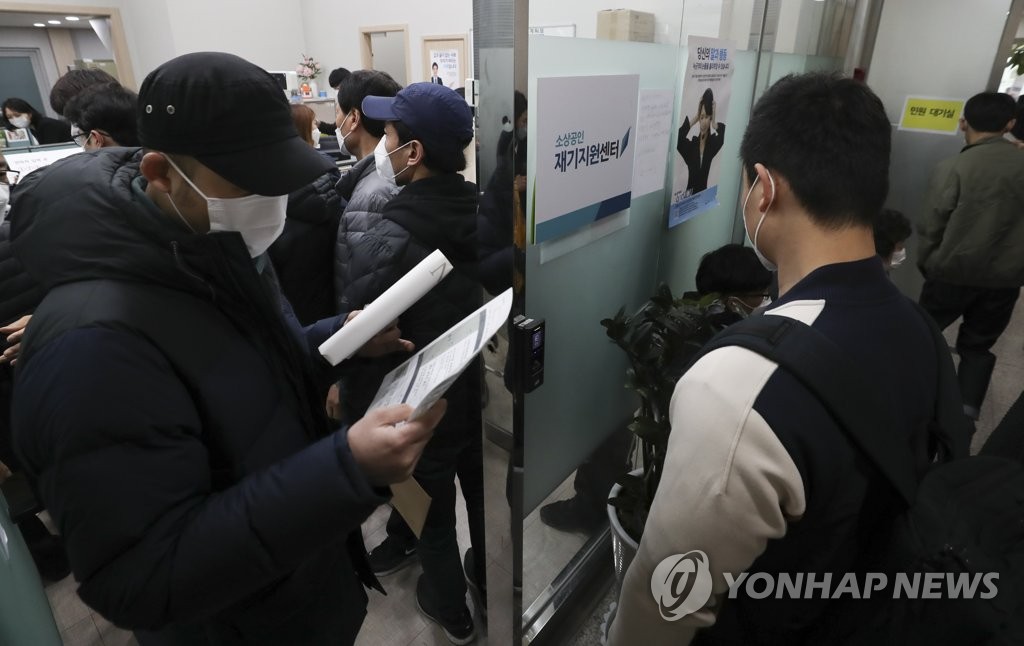 The rate on fresh loans has been on a decline since October, when the BOK delivered its second base rate cut in three months, sending the key rate to a record low of 1.25 percent.

The latest drop, however, came amid a looming economic downturn caused by the new coronavirus outbreak that forced the BOK to slash its growth outlook for Asia's fourth-largest economy to 2.1 percent from the previous 2.3 percent.

The central bank has also carried out its first emergency rate reduction in over a decade, slashing the base rate by half a percentage point to a new record low of 0.75 percent.

The average rate paid by banks on fresh deposits slipped 0.11 percentage point to 1.43 percent, keeping the gap between the rates charged and paid by banks unchanged at 1.65 percent.