SEOUL, March 31 (Yonhap) -- Around 500 North Korean workers have remained in Russia despite the expiry of their work permits, as Pyongyang has closed its borders as part of efforts to prevent the spread of the novel coronavirus, according to a Russian report submitted to the United Nations.

Under a U.N. resolution adopted in late 2017 to punish North Korea for its nuclear and missile activities, member states were required to repatriate all North Korean workers by December last year so as to cut off a key source of hard currency for the communist regime.

According to the report, recently posted on the website of the U.N. Security Council panel monitoring implementation of sanctions on Pyongyang, 511 North Korean workers have remained in Russia as of March 10 due to Pyongyang's border shutdown.

"In view of the novel coronavirus disease pandemic, Pyongyang has unilaterally halted transport links with other States. For this objective reason, not all persons in the indicated category were able to leave the Russian Federation," the report said. "The number of such persons in our country was 511."

The report said that the workers' stay does not violate the U.N. resolution, as their work permits have already been invalidated as required.

"There are currently no nationals of the Democratic People's Republic of Korea in the Russian Federation who hold work permits that are valid beyond 22 December 2019," the report said, using the North's official name.

North Korea has sent its workers overseas as part of efforts to secure hard currency in the face of global sanctions imposed on the regime over its nuclear and missile provocations. Their exact number is not available, but many of them are presumed to have been working in China and Russia.

The North has not reported any officially confirmed coronavirus cases, but the country has beefed up preventive measures by shutting down its border and toughening quarantine criteria for entrants from foreign countries. 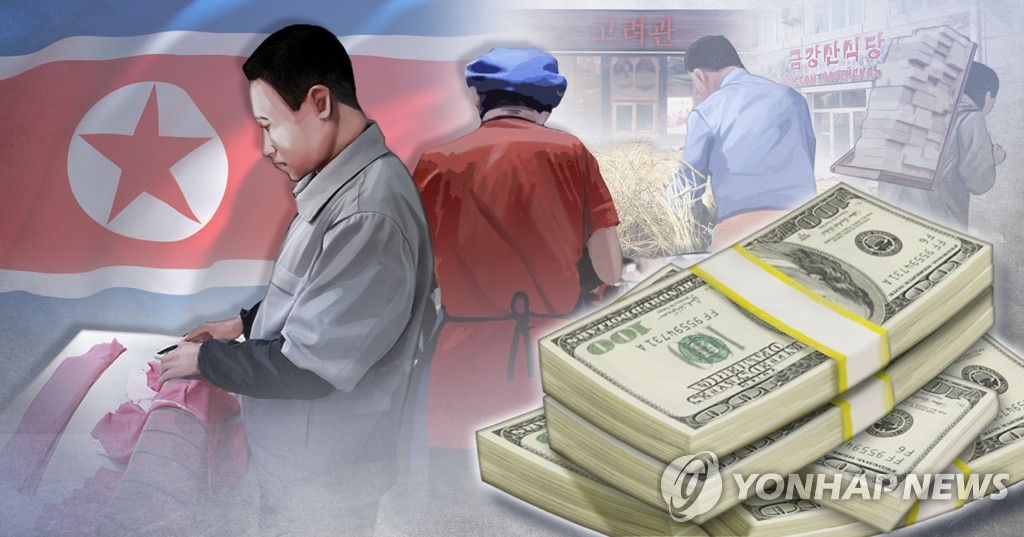